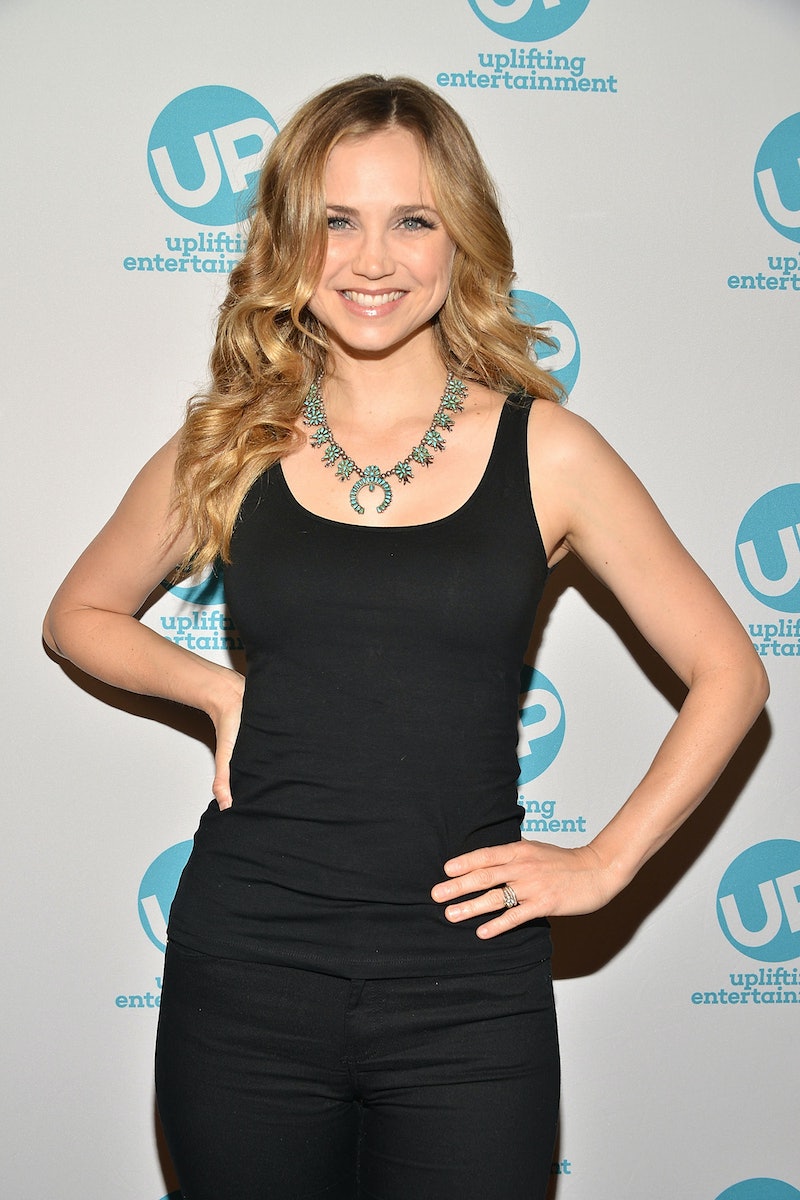 If there's one thing that you may believe after watching Lifetime's vast collection of TV movies, it's that parenting can be seriously scary — at least in the movies. Not only are you at risk for, say, your child being snatched away by, but now, apparently you should also be terrified of your own child. Or at least, you should be if the network's newest offering, Mommy's Little Girl , is based on a true story.

The movie premieres on Saturday, March 19 and shows what happens when bad parenting and bad seeds collide. While the situation is anything but fun for the characters, it certainly will be entertaining for loyal Lifetime viewers like me. And luckily, we can watch this one without worry, as Mommy's Little Girl isn't based on a true story like some of the network's other movies, but is more of a cautionary tale. The movie's fictional plot comes from the creative minds of screenwriters Christine Conradt and Mark Sanderson. Here's the description, according to Lifetime:

[11-year-old] Sadie was raised in a remote country house by her controlling grandparents. Now finally reunited with her mother, she won't let anything, or anyone, get in the way of her new found happiness.

Though those are the only details that Lifetime's official synopsis gives us, the site Serial Scoop, which likens Mommy's Little Girl to the 1956 film The Bad Seed, expands upon the synopsis:

Left with an infant to care for [Theresa] felt ill-equipped so she left Sadie in the care of her paternal grandmother, unaware that the bitter, resentful woman isolated the girl, and home schooled her, never allowing Sadie to socialize with other children.

When the two are finally reunited, 10-year-old Sadie is thrilled to leave behind the life she hated to begin a new life with her mother and soon-to-be stepfather, Aaron... [but] although [Sadie's] intentions are good, her skewed perception of the world and her inability to distinguish right from wrong will ultimately prevent her from having the life she so badly desires. Determined to keep her mother happy and not go back to her grandmother’s house, Sadie takes extreme measures to eliminate each problem and convince Theresa she is the “perfect” child.

This story sort of sounds like Flowers In The Attic (which Lifetime adapted into a TV movie) meets The Omen, two things that make for one heck of a creepy movie. While the abuse storyline is there and is obviously a huge, very important issue that affects real children, the rest of the plot isn't so much ripped-from-the-headlines as it is lifted from our nightmares. Consider me sold.