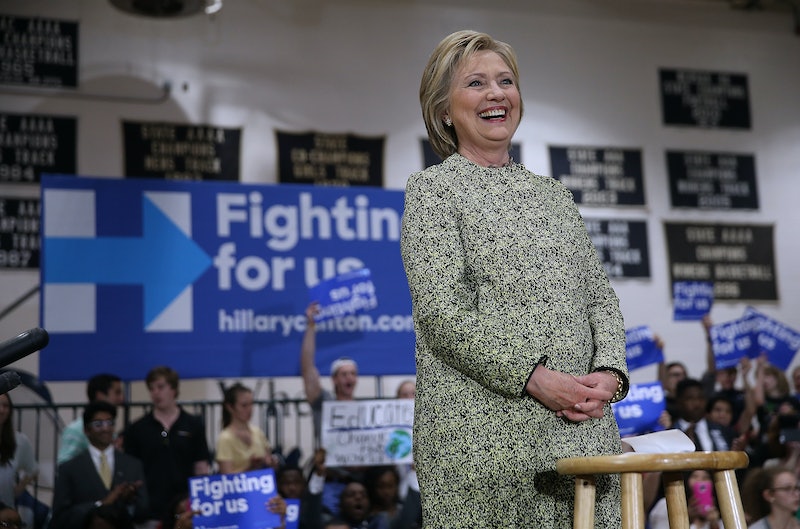 While the last four Republican presidential candidates left standing duked it out on stage in Miami Thursday night, Hillary Clinton's tweets during the GOP debate were some of her sassiest yet. The Democratic front-runner usually weighs in on what her rivals discuss among themselves, making snippy jokes and highlighting how her plans differ from theirs. She must be getting tired of listening to them spout conservative ideologies for hours on end though, because she didn't hold back on Thursday.

Donald Trump, Ted Cruz, Marco Rubio, and John Kasich participated in the 12th GOP debate of the 2016 primary election hosted by CNN at the University of Miami. Already looking toward the general election (when Clinton seems to believe she'll go head to head with Trump for the White House), her tweets focused on the real estate magnate and largely ignored the other three men still in the race. Keeping it simple, her team didn't even bother typing out why they thought the debate was ridiculous, utilizing hilarious memes to get the point across quickly. The Clinton campaign also commented on the issues argued on stage in Miami without directly addressing the debate, including a tweet about Cuba in Spanish as the Republicans were still talking about it.

On Violence In Spanish

She must be counting the days until she can (potentially) debate the Republican nominee in a general election battle.