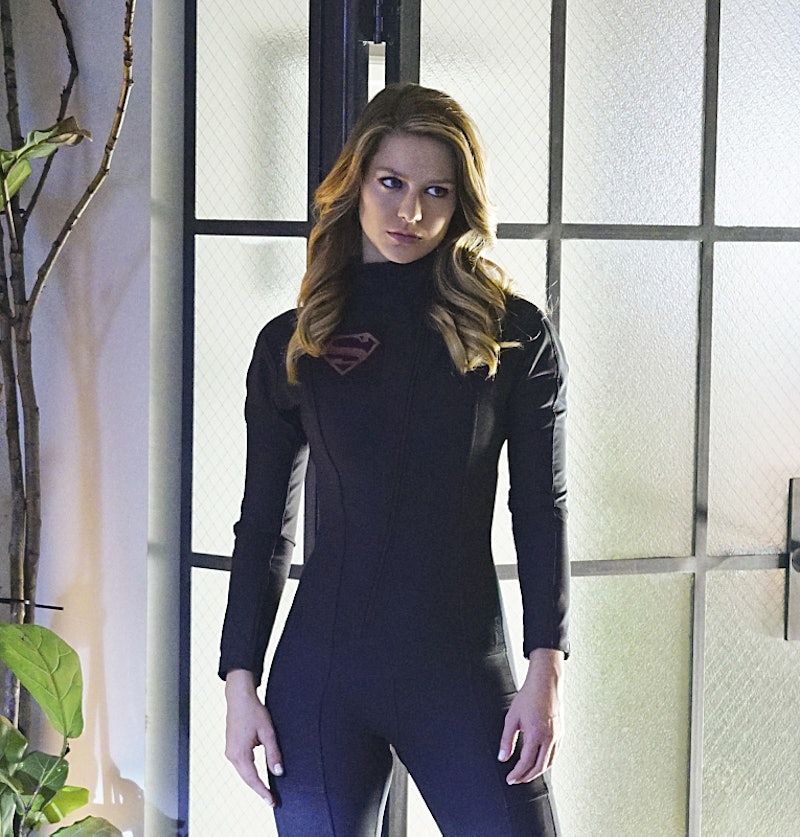 Ever since the dawn of time (and by "dawn of time," I mean, back when Superman was originally created), Green Kryptonite has been associated with the word "weakness." Sure, it may be harmless on Krypton, but on Earth it proves to be Superman's ultimate Achilles' heel. This has become pretty common knowledge, even for those who haven't succumb to comic book geekdom. However, what you may not know is that there are many different types of kryptonite that can impact Kryptonians in various ways. We've already seen what the green stuff can do time and time again, but now Supergirl is about to reveal what Red Kryptonite is and how it will effect our normally sweet-mannered Kara Danvers.

Now it's important to know that Red Kryptonite has been portrayed in a few different ways in the past. For example, in the DC Comics, it was mostly known for causing random and dramatic shifts in a Kryptonian's personality and produced a different outcome with each exposure. (No two pieces of Red Kryptonite ever has the same effect.) But on the plus side, the effects would wear off on the recipient after 24-48 hours and would make the Kryptonian immune from that specific piece of kryptonite from there on out. Though, if they were to come into contact with another piece, the process would start all over again.

Meanwhile, in Smallville's case, it continually lowered Clark Kent's inhibitions, which made him rebellious, unpredictable, and prone to give into selfish desires and impulses he wouldn't normally succumb to. This also usually led to him making out with people a lot.

But don't expect any steamy make-out sessions in Kara's future. Based on the episode description, Supergirl's exposure to Red Kryptonite will make Kara turn on her friends and the citizens of National City, making her both "malicious and dangerous." Not exactly a great combination for someone with her strength and powers, so get ready to see a whole new (and much less-sweet) version of Kara during Monday night's episode.

Of course, I'm sure that the DEO will eventually find a way to get Kara back to normal, but in the meantime, it will be interesting to witness the full extent of Kara's powers when they're left unchecked. And can you imagine what her interactions will be like with the formidable Cat Grant at the office?

As for how Red Kryptonite was created, it was originally Green Kryptonite that later passed through a mysterious red-hued cloud on its way to Earth. So while it doesn't provide physical harm to Kryptonians like its green counterpart, it does provide a different type of weakness for Supergirl — one that could harm not just herself, but those whom she loves most. Something tells me things are about to get pretty emotional. Prepare yourselves.