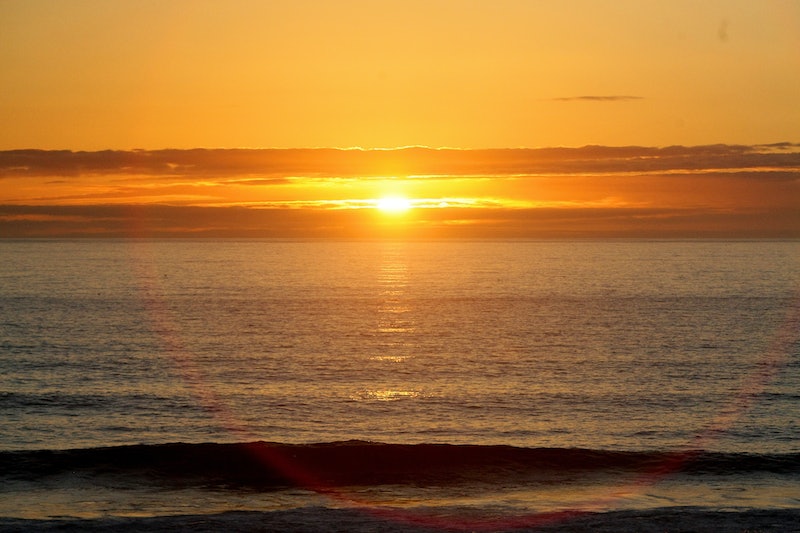 The weather is getting warmer, the days are slowly getting longer, and it's finally iced coffee season again. The official first day of spring is on March 20, but what other spring equinox facts do you know? It's time to usher in the change of seasons and celebrate warmer weather, starting with the equinox.

The spring equinox, otherwise known as the vernal equinox or the March equinox, marks the first of two times a year that the sun aligns itself directly over the Earth's equator. Contrary to popular belief, there is not an equal length of daytime and nighttime on the equinox, but depending on your latitude, the timing is pretty close. Spring equinox is more than just an astronomical event, though. Around the world, it is also a celebration of spring and a fun way to welcome the new season. After months of cold mornings and long, dark nights here in the northeast, I personally can't wait to say goodbye winter, and hello spring.

If you, like me, are ready to put away the mittens and pull out the sun dresses, here are nine facts about the spring equinox to help you kick off your own celebration of the warmer days ahead.

1. It's Not The Spring Equinox For Everyone

Those of us in the northern hemisphere are thrilled to be welcoming spring, but people in the southern hemisphere are experiencing something entirely different. Below the equator, March 20 actually marks the beginning of autumn and shorter daylight hours. Sorry, Australia.

The exact time of the spring equinox varies depending on where you live, but this year it will happen at 4:30 UT, or Universal Time, the time standard based on Earth's location. If you're in Eastern Standard Time Zone, that means 12:30 a.m.

Though days officially started getting longer after the December solstice, the spring equinox means that the northern hemisphere will start to have longer days and shorter nights as it starts to tilt toward the sun. That means no more getting out of work to pitch black night skies, and more time to bask in the sunlight.

4. The Sun Will Rise Due East And Set Due West

According to Alan MacRobert of Sky & Telescope magazine, the autumnal and spring equinox are the only two days of the year when the sun rises exactly due east and sets exactly due west. In other words, set your alarm, because there might be some beautiful sky watching to do.

5. It's Called The Vernal Equinox For A Reason

The March equinox, the spring equinox, the vernal equinox — what the heck is this thing called? The answer is all of the above, but for a good reason. For one, it is in March, and for those in the northern hemisphere, it marks the beginning of spring, but what about vernal? Vernal means, literally, relating to the spring or fresh and new like the spring. See, it's a perfect name.

6. The Spring Equinox Helps Determine The Date Of Easter

In Christianity, Easter always falls on the first Sunday following the first full moon after the vernal equinox. Though dozens of different ways have been used to determine the date, this method for deciding Easter is the most widely accepted.

7. No, It's Not A Magical Egg Balancing Day

It's a popular myth that on the equinox, you can balance an egg on its end. The truth is, this can be done any day of the year if you have the skills and patience, and the equinox won't make it any easier for you.

8. Despite Its Name, Day And Night Are Not Equal On The Equinox

The word equinox means "equal night," and most people believe that on each equinox, we experience equal day hours and equal night hours. But, there's a slight catch: daytime begins once any little bit of the sun is over the horizon, and lasts until it is completely gone. This means that from the moment the sun begins to rise until it has set completely, it is considered "day," and that technically lasts longer than 12 hours.

9. The Great Sphinx Of Egypt Was Built To Honor The Equinox

Many cultures celebrate the spring equinox, which signals not only spring but a new harvest and the replenishing of food supplies, including the Ancient Egyptians. They built the Great Sphinx so that, when the sun rises on the day of the equinox, the great monument is pointed directly at it.