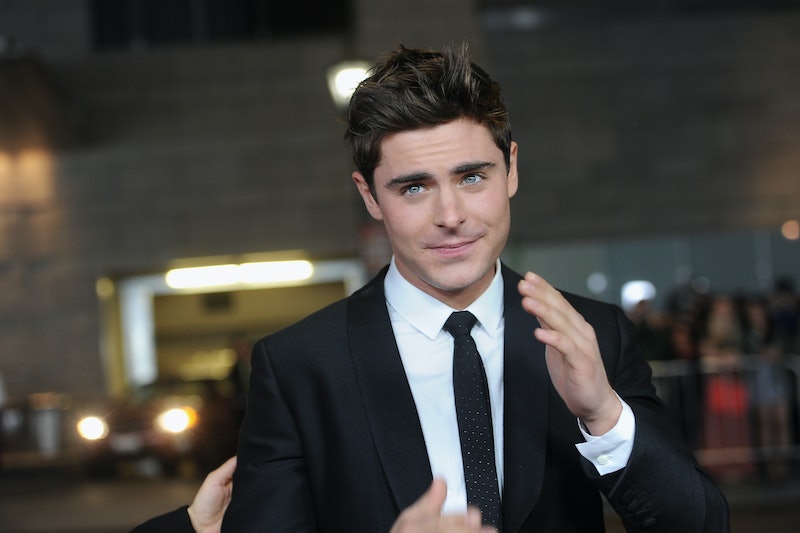 In news that is sure to make you lose your appetite, a fan sent Zac Efron a piece of their skin. Everyone together now, "Ewwww!!!" It goes without saying, but this is absolutely nuts. Even if you started off thinking it was reasonable to send your skin to Zac Efron (which it ISN'T), imagine someone sitting there placing the skin in an envelope, addressing it, adding stamps, and walking it over to the mailbox. There is more to this than just the decision that sending skin is okay. There is also all that time preparing the "gift" when this person could have changed their mind, but alas, Efron ended up with someone's skin. Again, ewww!!!

Efron spoke about his odd fan mail on the Feb. 4 episode of Conan on which he appeared with That Awkward Moment costar Miles Teller. O'Brien asked about the strangest thing Efron's obsessive fans have done and Teller answered for Efron bringing up the skin story. Teller explained that he couldn't believe it and Efron interrupted, "Imagine when I got it!"

Seriously, imagine when he got it. I would think first he would open the envelope thinking it was empty and then notice there was something strange, yet familiar, inside. Upon realization, he would throw the envelope to the ground and take 20 showers just to be sure he was safe. If you just discovered you have a new fear of opening a letter only to find it contains skin, you're not alone.

Efron went on to say, "It’s just hilarious because you don’t know how to handle it, ya know, you'll never get around it. I love all my fans." I hope he means, "I love all my fans except that one because oh my god that was sooooo gross."