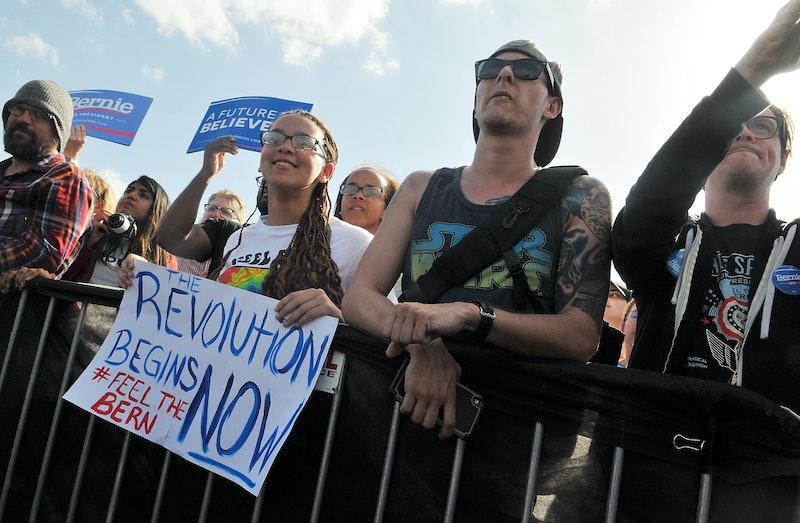 March 15 is Mega Tuesday, the second-biggest primary day of the 2016 presidential election season. For Democratic presidential candidate Sen. Bernie Sanders of Vermont, this could be a make-or-break moment. On the GOP side, Sen. Marco Rubio of Florida, Sen. Ted Cruz of Texas, and Ohio Gov. John Kasich are looking to stop frontrunner Donald Trump from grabbing the Republican nomination. How many states are holding primaries on Mega Tuesday? Enough for pundits, supporters who are "Feeling the Bern," and basically the entire GOP to feel the heat.

More than 1,100 delegates for Republicans and Democrats combined are up for grabs on March 15 across five states: North Carolina, Missouri, Illinois, Ohio, and Florida. The Northern Mariana Islands is also holding a Republican caucus on that date.

At the time of this writing, Trump has a lead in all the Mega Tuesday states — even in the home state of Kasich. In Ohio, Trump has a polling average of 36.5 percent, while Kasich trails just 1.5 percentage points behind, according to data from Real Clear Politics. The ridiculously tight race between Trump and Kasich in Ohio makes that race perhaps the most closely watched primary going into Mega Tuesday, with many anti-Trump members of the GOP hoping for a Kasich upset.

However, the billionaire business mogul has an overwhelming lead in Florida, the home state of Rubio and the biggest Republican win possible on Tuesday. There, Trump has a polling average of 40.6 percent, while Rubio comes in second at 24.8 percent. In Florida, Kasich is polling at just a 9.6 percent average, according to Real Clear Politics.

For the Democrats, its progressive favorite Sanders who's looking to pull an upset or two or three. But the Vermont senator trails Clinton by an average of 8 percentage points in Ohio, and nearly 30 percentage points in Florida. Mega Tuesday looks like it'll be Clinton's day.