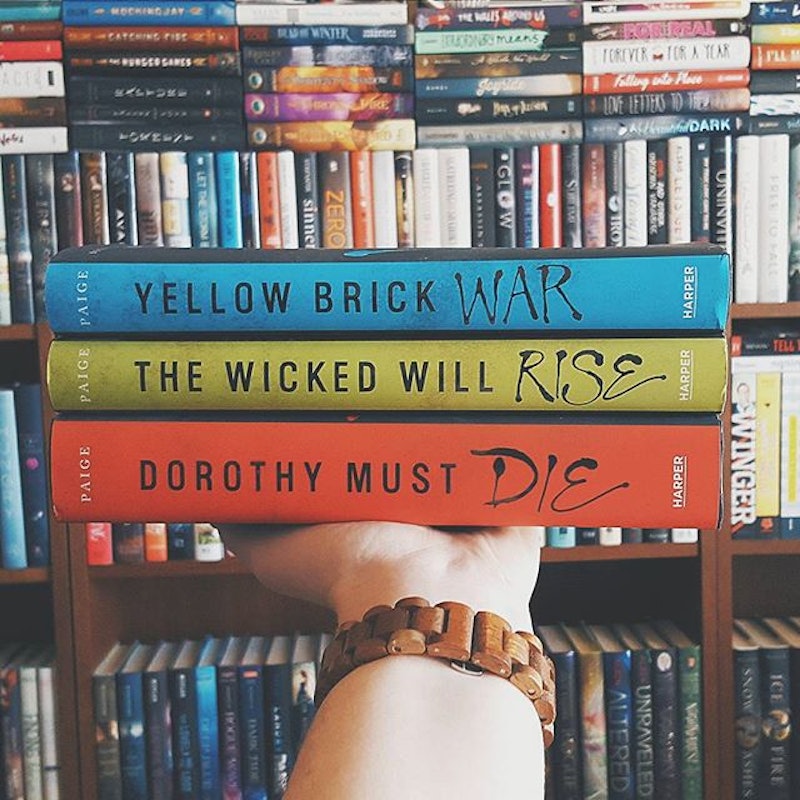 When I was a kid, I hated the words “happily ever after.” Not just because I wasn’t ready for the story to end, but also because I could imagine so many other places I wanted the story to go. I think that’s why there are so many reboots these days, from Fuller House to The X-Files to Jane Austen. Some of these stories go back decades, but fairy tales go back centuries. So what makes Cinderella and the rest stand the test of time? Is it the promise of true love’s kiss? The allure of happily ever after? Or is it just nostalgia?

For most of us, fairy tales are our first brush with good and evil, romantic love, magic — and storytelling itself. I distinctly remember curling up for bedtime stories with my mother, and being absolutely smitten. It wasn’t just the idea of being a princess or going to a ball or meeting a prince or having a fairy godmother. It was the witch lurking in the woods with the apple waiting to take it all away, or the queen who was ready to put her stepdaughter to sleep forever for something that seemed rather trivial to 6-year-old me. (“Mommy, no way would Maleficent put her to sleep forever because she wasn’t invited to a party.”) It was the darkness as much as the light that fascinated me, and still does today, as I write not one, but two series that retell familiar fairy tales.

When I was a kid, I hated the words “happily ever after.” Not just because I wasn’t ready for the story to end, but also because I could imagine so many other places I wanted the story to go.

I think these tales we grow up hearing are almost imprinted on us. These characters belonged to us all, in a way, long before anyone at Disney animated them onscreen. Long before Gregory Maguire, Shannon Hale, Marissa Meyer, or I turned on our MacBooks. There is a special kind of satisfaction found in knowing the characters so intimately before we pick up the book. That familiarity makes us insiders, somehow invested in the tale even before the first page. And when an author flips the switch on us, changing a character or plot or giving us some new insight into the backstory, we are either delightfully surprised or completely offended. In the latter case, we can tear the new adaptation apart from a position of knowledge, and in the former case, we get something more out of the fairy tale that we didn’t even know we wanted.

So I say, keep the retellings coming! There is nothing more fascinating to me than a new twist on an old favorite. I hope to keep surprising and exciting readers with each new story I (re)tell.