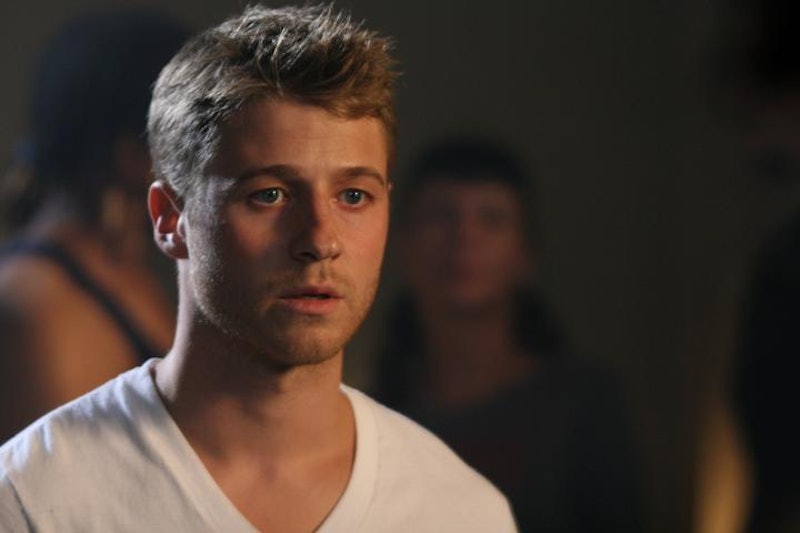 Nothing is more exciting than developing a crush and then running into said crush unexpectedly, especially in between high school classes. You probably dressed all cute just for those five seconds of seeing your high school crush. No matter how short those moments might've been, you were sure that if they made eye contact or even just looked in your direction, you two were a match made in awkward heaven.

I had a lot of crushes in high school, but most notable was the brooding, musician junior when I was a mere ninth grader. As luck would have it, we met the summer before I started high school. From then on, I was hooked until my first year of college. Because he was two years older than me, he was essentially the ~coolest~ guy I knew: Long hair, baseball caps, skinny jeans, and band tees were all in his normal wardrobe rotation.

We didn't see each other much, but I dressed as though we did. "Do I want to wear my hair up or down today?" "Which shoes?" and "What color would he think looks best on me?" were thoughts that took up space in my mind every single morning. Looking back, I can't help but cringe. Who cares what he thought?

If you, too, were attracted to any high school boy in the early 2000s, there's a good chance that these are the things he wore — many of which made you smitten.

Chad Michael Murray was BAE in the early 2000s, and his outfit in Freaky Friday was on point.

Another bae? Seth freaking Cohen. These sweaters were peak 2000s high school crush, especially when layered with a collared shirt.

This hairstyle was everything. If you didn't gel your hair, then who were you?

LOL at Trey's arm belt. For real, though: Everyone at this time was like, he's so cool and edgy.

These were the coolest shoes in the game in the early 2000s. They didn't necessarily make you jump higher. But they did make you look super rad.

If you were into bad boys like I was, this combo was your weakness.

Joey Tribbiani is one of my favorite fictional characters of all time. But his jeans never fit correctly. And neither did my high school crush's. Too skinny, too baggy; sighs.

These were literally all the rage in high school, and boys would always tote their binders, pens, and pencils in them.

Were boys always on their way to gym class or something? The basketball shorts and tank were sewn into their DNA.

And when your crush was more "dressed up," he would no doubt pair his Converse with some cords. That's fancy, right?

Crushes will come in and out of our lives. But nothing will ever beat the clothes they wore when we were in high school.