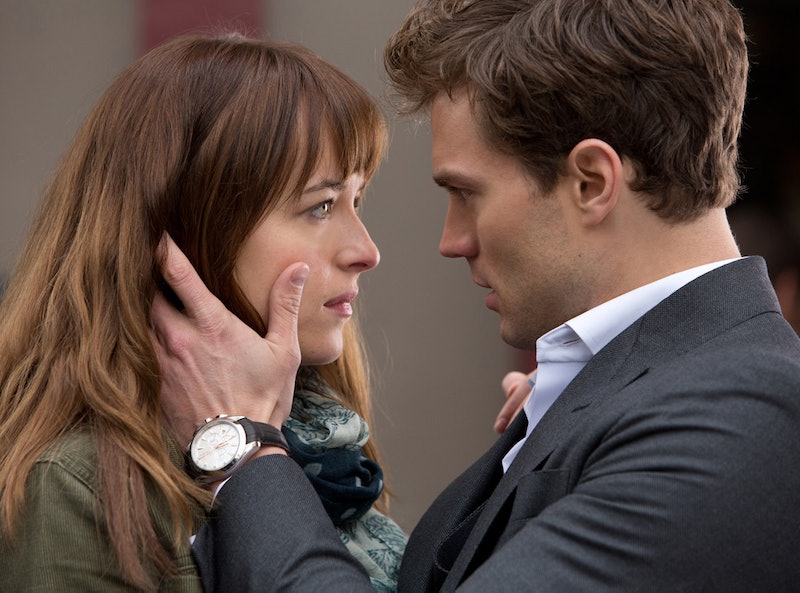 Does your partner like to check up on you when you're out to make sure you're where you said you'd be? Do they need constant reassurance that you're faithful and love them? Do you find that being around them means you constantly get treated as if you're a child, while they always know what's best? Do they become passive-aggressive or furious when you act in ways they don't approve of? If any of this sounds familiar, know that these are all signs you may have a controlling partner.

What we're discussing here is a phenomenon termed "coercive control" by academic Lisa Aronson Fontes, and it's incredibly important to realize that this behavior is not benign. The line between control and abuse is thin, and the presence of the first is often taken by professionals as indicating an extremely high risk of the second. The organization New Hope for Women highlights controlling behavior as a serious red flag for later physical abuse, while Living Without Abuse classes it as emotional abuse of the first order. If you feel as if you may be in a controlling relationship, find help immediately with your local women's shelter, friends, family, or with support groups in your area.

Here are nine signs that a partner is controlling — all of which are serious and cannot be ignored.

1. They Guilt You Into Constant Monitoring

This is the classic behavior that comes to mind when we think of control: jealousy and possessiveness. But the controlling partner can pull an interesting psychological trick to coerce you into constantly checking in with them. Why wouldn't you tell them everything about where you're going and who you're with? Do you have something to hide? It's a classic manipulation technique, double-binding you into a position you don't want to be in. They operate from a position of constant distrust, even if they hide it with "I just want to make sure you're OK!" or "Well, if there's nothing going on, what's the problem?"

2. They Isolate You From Friends And Family

Other people might say bad things about the controlling partner to you, or do things he or she cannot influence, and that's very scary to them. The concept of full isolation is often achieved very slowly; maybe you're made to feel guilty if you hang out with other people instead of them, or they come up with conflicting plans to pull you away from social events, or it becomes so annoying and agonizing to sort out time away from them that you cave and stay in.

3. They Demand A Say In Everything

In a normal relationship, there is an understanding that some decisions are definitely the individual responsibilities of either partner. Controlling relationships don't have that, at least with regards to the controlled partner. The controlling one wants to have an opinion about everything, from schooling to clothing choices to Christmas gifts, and by "opinion" I mean "the right way and the only way." If you are allowed to have your own way, it becomes a stick to beat over your head at a later point.

4. They're Paranoid About And Doubt Your Motives

There is no foundation of trust in a controlling relationship. The need for control comes from a deep fear of unpredictability and vulnerability, of being hurt. Psych Central offers several explanations for this core terror: "Generally it’s because they are scared of the vulnerability that comes with loving and trusting someone. They may have been betrayed ... and fear being hurt again." Just because past betrayal exists, however, does not mean that all future relationships need to be measured in that mold. But the controlling partner has decided to paint all possible partners with the same brush, and is constantly worried that you'll turn out the same as all the rest.

5. They Need To Be Constantly Reassured

This is an extra component of the above terror. Controlling behavior is often geared around creating self-protection and safety for the controller, wherein he or she is in complete control and will not be hurt. Psychology Today points out that control is often manifested as a response to serious insecurity, and that the controlling partner makes their lover "responsible" for quelling that insecurity by being reassuring, constantly reiterating or passing "tests" about their faithfulness, and buoying them up by following their ideas and rules. The insecurity has not come from the relationship itself, though, so no matter how many hoops the partner jumps through, they're never going to solve it.

6. They Belittle Or Catastrophize Any Choice Made Without Them

The key point of the controller-controlled relationship is that the person in control is in charge of everything. They "know best" on every point. The relationship website Relate Now sums this up as "the tendency to treat [the] adult-partner as a child that needs guidance." If you dare to go and make a choice by yourself, they'll continue treating you as incapable, either by putting down the choice ("That thing is completely ridiculous; why didn't you listen to me") or by catastrophizing about what you've done ("I love you, so I won't be mad when this all ends in tears").

7. They Fail To Respect Your Monetary Or Spatial Autonomy

Controlling behavior reduces your entitlement to your own space and your own money, because you're seen as incapable of making decent financial decisions and untrustworthy on your own. There are many different types of financial abuse. The Huffington Post names several, from forcing an intense tracking regime that sees where every penny goes to the merging of all financial assets and "pocket money." But the key point is that you're not allowed to make your own decisions about your space or your money, and are actively thwarted from doing so.

8. They Want To Be Your "Keeper" Or "White Knight"

This is often the first dynamic in a controlling relationship. The controller puts themselves in the position of "protector," keeping the delicate, much-loved controlled person "safe" from bad decisions, hurtful influences — from anything, to be honest, other than the controller. It's a dominating tactic, even if it seems to come from a place of devotion and charm. It means relinquishing decision-making to the person who "knows best" and who is "just looking out for your safety."

9. They Make You Doubt Your Own Perspective And Desires

This is part of the belittling cycle, but it's got its own special flavor. It's a manipulation technique with a very long history. You're told that you don't actually like the things you like, remember the things you remember, or want the things you want. You don't want to be a doctor; don't you remember talking about starting that small business with them? Your own perspective weakens and the controller's takes over.

It's known as "gaslighting," after the film Gaslight , in which Ingrid Bergman's husband tries to drive her mad by, among other things, denying that the gas lamps keep dimming (which they do). Dr. George Simon at the Counseling Resource calls this sort of thing "covert aggression," wherein the controller's negation of your own self and perspective are extremely aggressive, but hidden behind a layer of (kind, polite) insistence that you're wrong. It's damaging as hell, and can leave an impact that lasts for years. Get out as soon as you can.

Editor's Note: If you feel like you need help getting out of such a relationship or figuring out what to do next, call the National Domestic Violence Hotline at 1−800−799−7233.