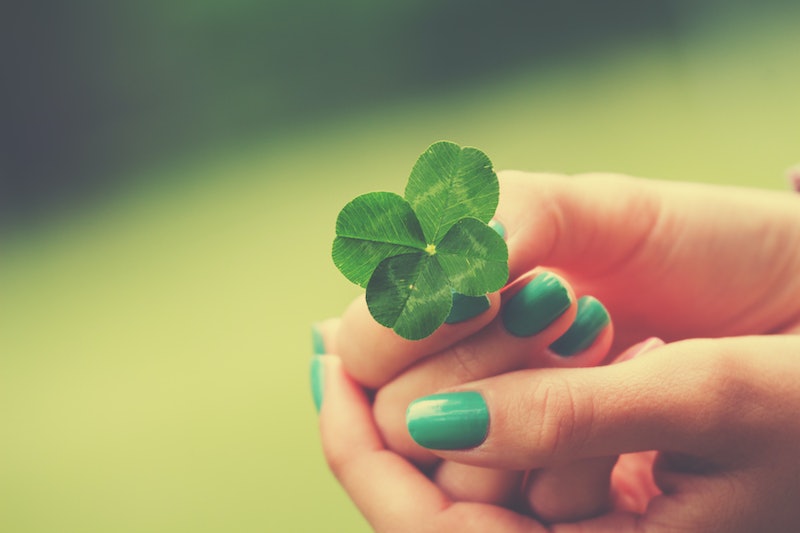 As you sit sipping your green beer and looking over a menu of green eggs and ham, the question finally arises in your mind: why do we celebrate St. Patrick's Day? Fair enough. Let me help answer it for you so you don't feel so silly being dressed up head to toe in green.

Saint Patrick, though born in England, ended up returning to Ireland in his 30s after having been sold into slavery and brought to the country when he was 16. An extremely religious man, Saint Patrick is credited as having brought Christianity to Ireland. (If you're interested in the full story, here are even more details of why we celebrate St. Patrick's Day, shamrock, booze, and all...).

St. Patrick died on March 17 460 A.D., and the St. Patrick's Day Feast became officially recognized as a holiday in the 17th century. Since then, the holiday has only grown in popularity, coming to represent not only a love for Saint Patrick and his kindness, but also as a celebration of the Irish and their culture.

So what else is there to know about St. Patrick's Day? Those are the basics, but check out these five other things you probably don't know about the holiday below.

1. The Original Color For St. Patrick Was Blue.

The holiday's color changed from blue to green in the 1800s. In Irish folklore, green was worn by both immortals and fairies. It was also believed that wearing green would help bring luck to the crops, providing a good growing season in the fields.

2. The Leprechaun Is Actually An Irish Fairy.

They might not have wings or be depicted with magic wands, but leprechauns are actually Irish fairies that spend all of their time making shoes. Similar to a genie, if an Irish leprechaun is caught, it's believed to grant the catcher three wishes before being let go.

3. The Four-Leaf Clover's Leaves Each Represent Something Different.

It's believed that Saint Patrick used the three-leaf clover to help explain the concept of the trinity to the Irish; however, today the leaves of the clover are said to represent hope, faith, and love. The fourth leaf, if you're lucky enough to find one, represents luck.

Pat McCarthy, Chicago's parade coordinator, describes the river dying as an accidental event that happened after a few plumbers were using dye to find leaks. He told CBS that “one day some guys were working on that leak detection, they went to the union hall and the business manager at the time, they walked in, they were full of green dye on their shirts. He said, ‘Where the hell have you guys been? Maybe we can put that stuff in the river.’”

5. There Are More Than 34 Million Americans With Irish Ancestry.

There are 4.5 million people living in Ireland, but over 34 million Americans who are part Irish — so it's really no wonder there's so much celebrating in the U.S. come St. Patrick's Day. The United States' highest Irish population can be found in Boston, Massachusetts.

More like this
Why You're Seeing Green Bandanas At Abortion Rights Protests
By Lexi Inks
How To Come Out Online, According To Trevi Moran
By Melanie Mignucci
Aesop's Queer Library Is Open
By Tomi Otekunrin
Eleven From ‘Stranger Things’ Is A Cancer Zodiac Sign, An Astrologer Says
By Brittany Beringer
Get Even More From Bustle — Sign Up For The Newsletter