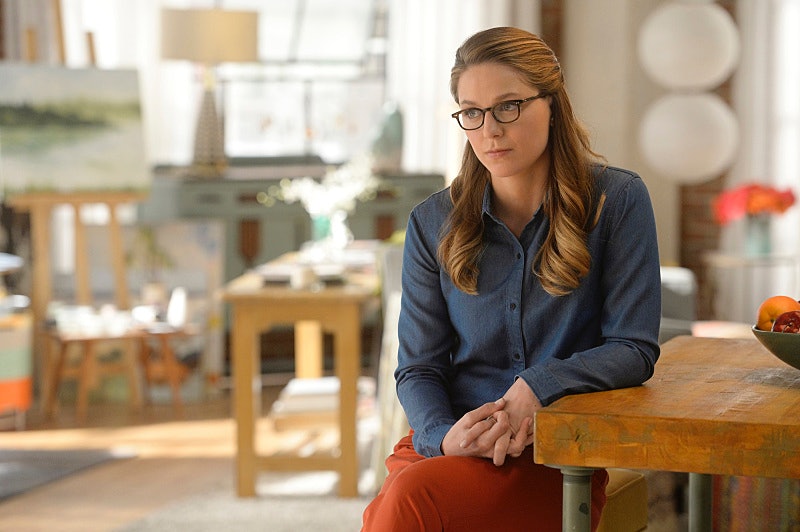 Do you think there's an Edible Arrangement that says "sorry I crumbled your building," because Kara is going to be needing one. After Red Kryptonite turned Kara in Mean Kara On Supergirl she is going to have to do some major apologizing and damage control. The substance, created by "accident" according to Maxwell Lord, caused every bad thought Kara has ever had to bubble to the surface.

Was it awesome to see Kara as a super-confident, take no prisoners kind of gal? Absolutely. I love watching her really use all of the power she has, even if it isn't for good. She spoke a lot of truths, and I think most of the recipients realized that on some level. Everyone needs an outlet for their frustrations at some point, especially those trusted with so much responsibility.

However, Supergirl has staked her reputation on being kind, and she's a good person (or whatever) at heart. Plus, Kara's friends, coworkers, and pretty much all of National City no longer trusts their hero. Let's just take a minute and think about all the damage that Kara caused during this debacle. She threw Cat Grant off a roof. She got Siobahn fired. She called James' ex-girlfriend "a poor man's Lois Lane" — yikes! She said some truly awful things to Alex. That's not even to mention the physical wreckage in the city.

More like this
'Stranger Things' Fans Are Begging For Steve To Live For The Funniest Reasons
By Grace Wehniainen
'Criminal Record' Is The 'Doctor Who' Reunion We’ve All Been Waiting For
By El Hunt
Emilia Clarke Shares More Details About The New 'Game Of Thrones' Series
By Maxine Harrison
“The Door Is Always Open” For Another 'Breaking Bad' Spin-Off, Says AMC Boss
By El Hunt
Get Even More From Bustle — Sign Up For The Newsletter