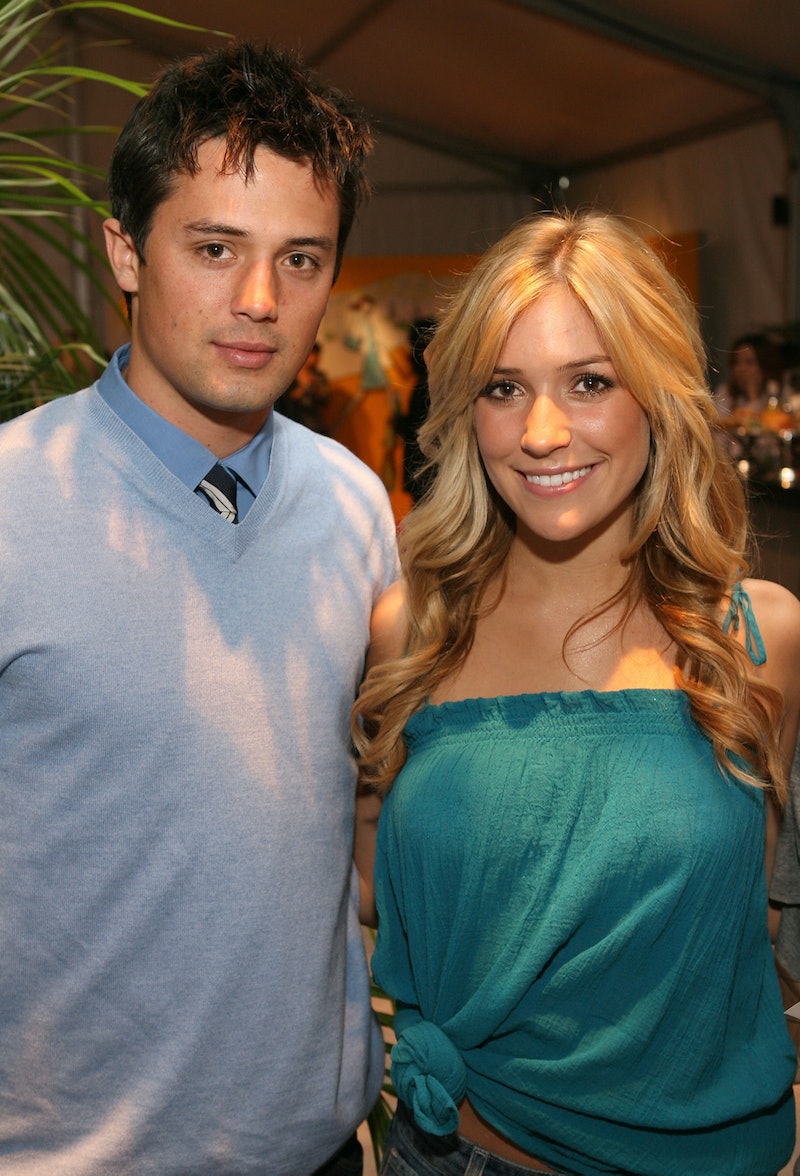 If, like me, you were staunchly Team LC (that's Lauren Conrad to you noobs) when it came to Laguna Beach, you may not like what Kristin Cavallari has to say in her new book Balancing in Heels: My Journey to Health, Happiness, and Making It All Work. While time, maturity, and a few adorable babies (seriously, have do you follow her Instagram account?) have warmed me to Cavallari, I can't help but be just a bit scandalized over her insinuation that Conrad and Stephen Colletti's relationship was put on for the Laguna Beach cameras.

In an excerpt of Balancing in Heels shared by E! Online, Cavallari explains that Laguna Beach "wasn't really real," writing:

Normal high school relationships are dramatic enough, but ours now had the added pressure of being seen by MTV viewers across the country as well as being manipulated by the show's producers ... Surprisingly, the producers had a bigger effect, as they controlled and mapped our lives more than we were aware. One of the most hurtful things they did was pressure Stephen to spend time with another girl from the show, Lauren, while he and I were dating. It certainly provided some juicy conflicts, but it also affected me deeply. I felt threatened. On one side, it seemed like the producers were trying to break us up, which was intimidating. On the other side, I was worried that my relationship with Stephen was becoming less stable, even though I knew if we hadn't been on television, he wouldn't have been spending time with another girl.

Let's pull back the reins a bit and assess. Ahem ... WHAT?! Listen, I am not naive about the fabrication of drama on reality shows, but a whole entire relationship?! This is ... mind-blowing, and quite frankly devastating, as I rooted for LC and Stephen's love the whole damn duration of the series. The entire time!

If you refuse to believe Cavallari's words and insist on staying comfy in your sureness of LC and Stephen's lovin', she has receipts for you. So read 'em and weep (like I did).

I had to go to dinner with the cast — whom I normally wouldn't go to dinner with — and Stephen was mouthing "I love you" and being incredibly sweet to me even though we were broken up. But during editing, the producers made it seem like he was saying a lot of that to the other girl he was "seeing" and that I was rolling my eyes at him, which wasn't the case. Pretty deceptive! Producers also had Stephen go up to this same girl's house to hang out, which they made me believe was all on his own, so the joke was on me. Later I would [find] out they told him to go.

And this isn't the first time she's alluded to the producers being matchmakers of sorts for LC and Stephen. In a December 2014 interview on Oprah: Where Are They Now? Cavallari said:

My boyfriend at the time [Coletti] would take Lauren Conrad to dinner and buy her flowers, which never would have happened if it weren't for the show and MTV. I felt very used and manipulated.

This is wild, guys. Wild.

But back to the Cabo trip. If you somehow don't remember that vacation, Cavallari explains it, saying, "Stephen and I were actually broken up. I jumped up on the bar to dance with my girlfriends. Then I kissed a guy I was seeing at the time." She goes on to say that Colletti went on an especially demeaning public tirade at her expense due to her nonchalance. Of that she said, "There are certainly some clips I wish I could erase from everyone's memory." Basically, she says that his focus, though somewhat negative, was still on her and not actually on LC.

That's a lot to take in, isn't it? I suppose my personal feelings don't matter much in the scheme of things, because I don't think the reality star is lying. She professed that, "What Stephen and I had together was real, and that's what made me get through the producers' attempt at manipulating us. We talked about everything the entire time." If she said that the producers "manipulated" situations, I am quite sure that they did. It's just that I'm not sure it's fair to chalk Colletti and Conrad's entire relationship, even platonically, up to being nothing more than a show. If you recall, LC and Stephen were supposed to have been good friends with one another before the "romance" got in the way. And I don't necessarily think that was a fallacy.

While they may not be currently owners of broken-hearted "Best" and "Friend" necklaces, Colletti and Conrad still run in the same circles, though the cameras are very much off of them. For instance, according to Us Weekly, Conrad and Colletti spent time together at their high school reunion in 2014, and took photo booth pictures together. And in that same year, E! Online reported that Conrad was a bridesmaid in a wedding that Lo Bosworth, Stephen Colletti, and Dieter Schmitz also went to. That, to me, signals that their friendship was valid, while the romantic aspect may have been influenced by the powers that be, as Cavallari confessed.

So was LC and Stephen's whole relationship a sham? I say, probably not. Friendships, at least to me, are certainly just as valid as romantic relationships.