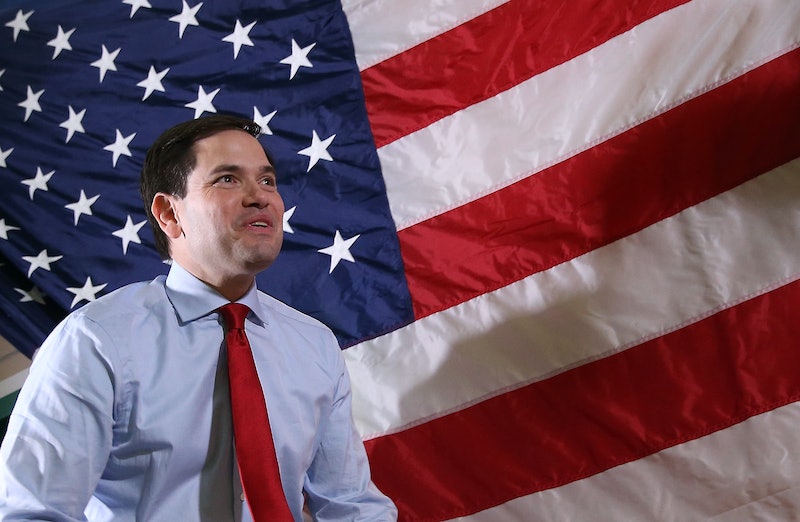 Well, there it is. You hear that sound? It's the sharp inhale taken by every conservative and establishment Republican who thought that somehow, in some way, Florida Sen. Marco Rubio was going to get back in this race. In other words, the dream is dead. Rubio lost his home state of Florida to Donald Trump by double digits, and then promptly cut his losses and dropped out of the race, delivering a final speech amid interruption from a pro-Trump heckler. And needless to say, people had thoughts. The reactions to Marco Rubio dropping out of the race ranged from sad to mocking to that unique brand of liberal schadenfreude that has been seen all throughout his struggling candidacy.

If there was anything the Republican establishment had faith in when the 2016 campaigns began ― the primary scenario that was sketched out on the table, so to speak ― it was that one of their two candidates of choice, Rubio or former Florida Gov. Jeb Bush, would come out on top in the Sunshine State, and would likely end up as their nominee.

But then blustery old Mr. Trump strutted into the room, grasped the edge of the table with his notoriously stubby fingers, and flipped the whole thing over.

Of course, there are still some nagging issues to be straightened out. For example, what happens to Rubio's trove of delegates who're now free to support whomever they please? And of course, what happens to the man himself? Getting demolished in your home state is no way to launch a political rebirth, and he reportedly won't run for reelection in the U.S. Senate.