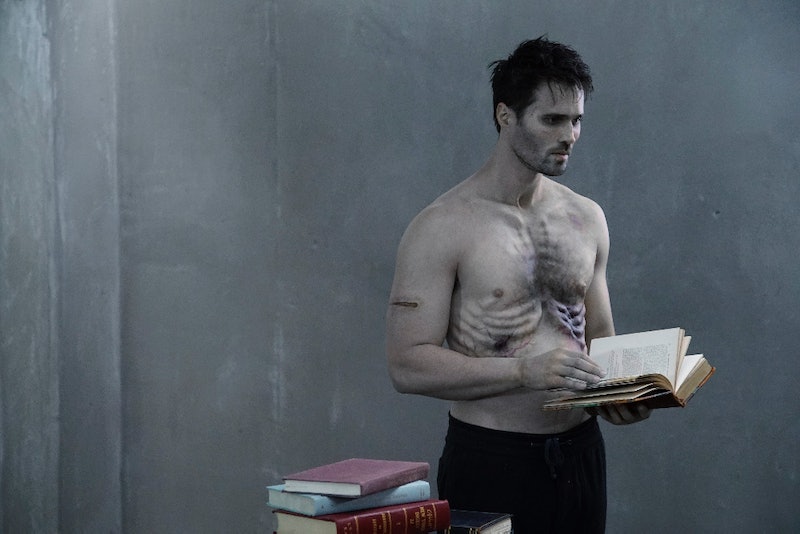 Five lives, who were left bloody on the ground around him, to be exact. I bet you never thought that a head of Hydra would be comparable to Seymour from Little Shop of Horrors, but here we go. Hive is just going to get hungrier and hungrier and keep demanding more blood. What is his endgame, ultimate goal, mission? We aren't quite sure. Hydra knew they were supposed to bring this being to Earth since practically the dawn of time, but they don't seem to know what to do next.

At least now he looks cuter, am I right? His murderous rampage is helping out Agents of S.H.I.E.L.D.'s make-up budget, at the very least. But like, at what expense? Did I really want to see the shell of Grant Ward's (technically dead) body naked and covered in what looked like a soup made of human skin? Kinky, but no thank you. In an interview with TVLine, executive producer Jeffrey Bell described the Hive "goo" scene as "kind of like a birth," which I suppose is accurate.

Why do I have a feeling that Hive is going to be bigger (and nastier) than Hydra expected? They can't keep bringing him more people to chew on without raising suspicion or drawing from their own Hydra membership and recruitment. Hive has always demanded sacrifice, even on Maveth — but that likely won't fly for long on Agents of S.H.I.E.L.D.