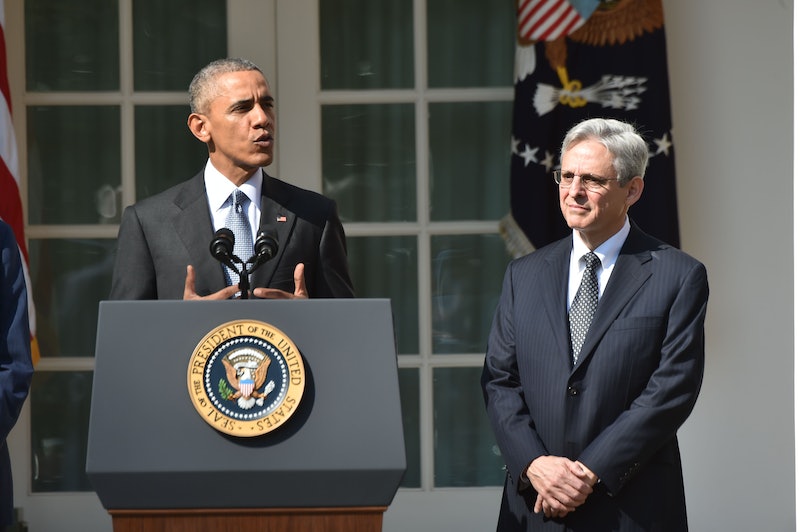 In an emotional response to President Obama announcing his nomination for a vacant seat on the U.S. Supreme Court, esteemed judge Merrick Garland visibly choked up and offered emotional remarks. "This is the greatest honor of my life," he began, so visibly moved that he struggled to speak. He then corrected himself, noting that his wife agreeing to marry him was, in fact, the greatest honor of his life. He went on to say, "I know my mother is watching this on television and crying her eyes out."

Obama rubbed Garland supportively on the back as Garland took the stage. "Mr. President, it's an honor to be nominated by a fellow Chicagoan," he said. "I am grateful beyond words of the honor you've bestowed upon me." Garland went on to note that his daughter had been traveling and was away from any cell service, so had no idea that Obama had nominated her father for a coveted seat on the Supreme Court — an anecdote that the crowd of press enjoyed. It was clear that the nomination meant a great deal to Garland, and that he places family values highly.

Garland came across as immensely likable in his remarks — just as the President had previously described him, saying that Garland was the rare judge who was liked by both Republicans and Democrats.