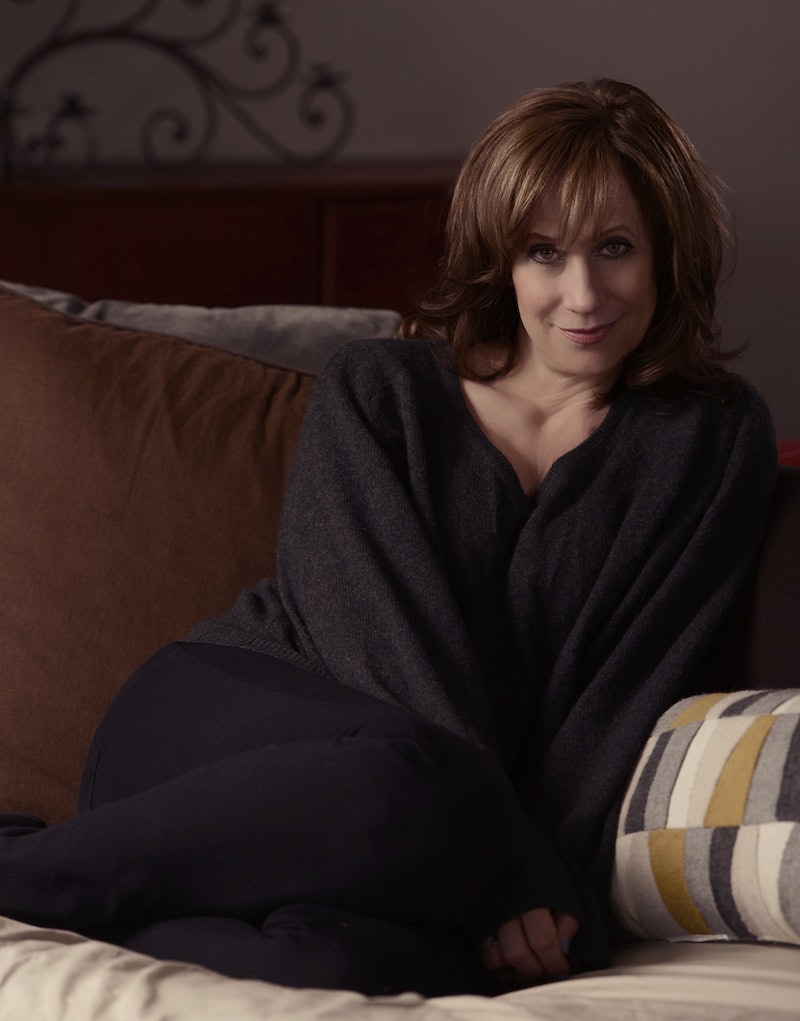 Lizz Winstead was on a date destined for failure. She was transfixed in that moment not by a potential partner in front of her, but instead by television coverage of the Gulf War. To her, the media's treatment of such a complex event felt less sobering and more like an artifice meant to entertain rather than inform. This awful date laid the groundwork for her and Madeleine Smithberg's first television project. The Daily Show premiered in 1996, and 16 years later, another televised event would conspire to turn her love of social commentary and comedy into the nonprofit project she co-founded in 2012. Lizz Winstead started Lady Parts Justice to bring humor to reproductive rights advocacy in ways that The Daily Show co-creator never would've dreamed.

The moniker of Lady Parts Justice is a clever nod to an event involving former Michigan Rep. Lisa Brown. The politician was arguing against controversial legislature that would place even stricter regulations on abortion providers in the state, and used the word "vagina" in her remarks. Her fellow representatives in the Michigan House were almost comically put off by the word, to the point that they banned Brown from speaking. "This was right when the Tea Party Congress took hold. I was in Minnesota at home with my dog for six months, just hunkered down when I watched all this shit happening," Winstead tells Bustle, explaining that "lady parts" references that bizarre moment of censorship.

Following the passing of widespread legislation in Michigan and 23 other states that were similarly restrictive for reproductive healthcare providers, Winstead was faced with a long drive from Minnesota back to her home in New York City. She'd been productive, completing her book of essays, Lizz Free or Die. But the memory of Rep. Brown demanding that other representatives keep away from her, ahem, "lady parts" stayed with her. "I called Planned Parenthood while I was driving back to New York with my dogs and asked, 'Well, what if I did fundraisers along the way?'"

That impromptu tour was eye-opening for Winstead, whose recent performances had been in a more corporate environment. The acclaimed satirist could certainly poke fun at current events, but felt she could seemingly never cross the line of mobilizing her audience. The fans and workers she met on the road back to Brooklyn changed her outlook of what it meant to raise awareness. Following each set, she'd get the same question, without fail: "How can I help?"

"Finally, I just decided I can't just keep saying 'I don't know.' I can do something," Winstead says. "Every show I did, either a physician or owner or LPN would say, 'Thanks for coming. No one ever comes here.' It broke my heart." Winstead says that the messaging around the issue of abortion focused on shame, and she didn't like that abortion was the only criticism people had of reproductive health clinics, given that the procedure constitutes only 3 percent of what Planned Parenthood clinics do.

But at the same time, she says, people shouldn't care about such percentages if they believe that abortion is a woman's right. "We shouldn't be ashamed about it, and we should talk about it," Winstead says. "People go do their jobs as providers wearing bulletproof vests. We should celebrate them and honor them."

It's with that energy that Lady Parts Justice was launched. Initially a semi-solo affair, Winstead brought on two co-founders almost serendipitously. Scott Goodstein and Arun Chaudhury, who met while working for the Barack Obama campaign in 2008, initially helped to launch the Lady Parts Justice website, and their duties and passion for LPJ grew from there.

The two were natural fits for crafting witty videos and hilarious content centered around informing a national conversation about just what exactly is transpiring around the country when it comes to safe and feasible access to reproductive healthcare. A recent Super Tuesday video turned the atrocious reproductive laws and clinic availability in primary and caucus states into a beauty pageant of sorts. Fake representatives from a handful of states lampooned the restrictive rules, all while vying for the "Miss Super Tuesday" crown.

As you can see from the clip, the Lady Parts Justice team thrives on intersectionality and diversity. According to Winstead, 65 percent of the team behind LPJ are women of color. She touts the participation of many emerging comics with diverse backgrounds who've made comedy clubs a safer space, such as the sketch team Buzz Off, Lucille, trans comedian D'Lo Kidd, and Helen Hong. Winstead's ebullience for the many talents she works with is only rivaled by her passion for the cause they stand united behind.

"There's a great comic, Rae Sanni, who's part of our team and really incredible. She's this African-American woman who takes on gender and race. Leah Bonnema, who is a really smart, funny female comic who tackles vulnerability in ways that are incredible. Joyelle Johnson, who challenges all the norms, of politics of race and gender. Her storytelling is incredible," Winstead says, rattling off only a partial list of those involved with LPJ.

"Start with your friends, identify a clinic in your community that you know and trust and have probably used, and make a commitment to be a vocal ally for them."

The nonprofit is also welcoming to male comics, many of whom have stepped up to the plate in unique ways, pointing to an even larger conversation taking place within the organization and beyond. Winstead says that comics Ted Alexandro and John Fugelsang went to LPJ's Grown Ass Carnival and read horrible tweets that were sent to women while people threw bean bags at them to sink them in a dunk tank.

"People are understanding," Winstead says, "and if we can drive that needle to where it feels like it's part of the fabric of our society — that reproductive rights are human rights that we all have that ingrained in our DNA — that means a lot."

Dialogue is at the core of the Lady Parts Justice message. Winstead maintains that the best way to get involved in raising awareness is to simply start talking, even when the conversation takes an uncomfortable turn. She similarly sees activism as a complex demonstration that shouldn't be confined to outrage. To Winstead and the LPJ team, fighting for reproductive healthcare providers everywhere can be a communal, loving task. "What we are offering is to get together, reach out to your local clinic, and say, 'We would like to support you. We would like to be advocates for you and help you feel safe, that you can vet us and we can become allies in our community,'" Winstead says.

"You can get together with friends, open up some wine, and send out some postcards," she urges. "We feel really strongly about that. Don't send a letter. Opening a letter can be scary for many clinics, unfortunately. So, start with your friends, identify a clinic in your community that you know and trust and have probably used, and make a commitment to be a vocal ally for them."

As Winstead looks toward the future, she's already committed to fostering more partnerships and continuing to spread that message. Lady Parts Justice and singer-songwriter Ani DiFranco will be teaming up for a series of shows. Plus, a Beyonce-inspired "Formation" video is on its way which will touch on the ongoing battle to restrict clinic access in Louisiana. Such an ambitious undertaking wouldn't be possible without the creative forces helping LPJ each and every day. The project highlights the dearth of advocacy services which LPJ is seeking to fill through comedy.

Winstead now plans to spend time raising awareness and finding language that will stick with people — and, of course, devoting time to Lady Parts Justice's cause. In regards to the "Formation"-inspired video, Winstead says that a local head of abortion funds, worried about the state of reproductive rights in Louisiana, called her to talk about creating a video. The official gave her points that would resonate with the community, and Winstead took that content and ran with it. And that's both how Lady Parts Justice works and why Winstead does what she does. "Their worry about providing the care got me riled up," she says. She doesn't believe that the abortion providers should have to both provide and defend the healthcare service that many women need.