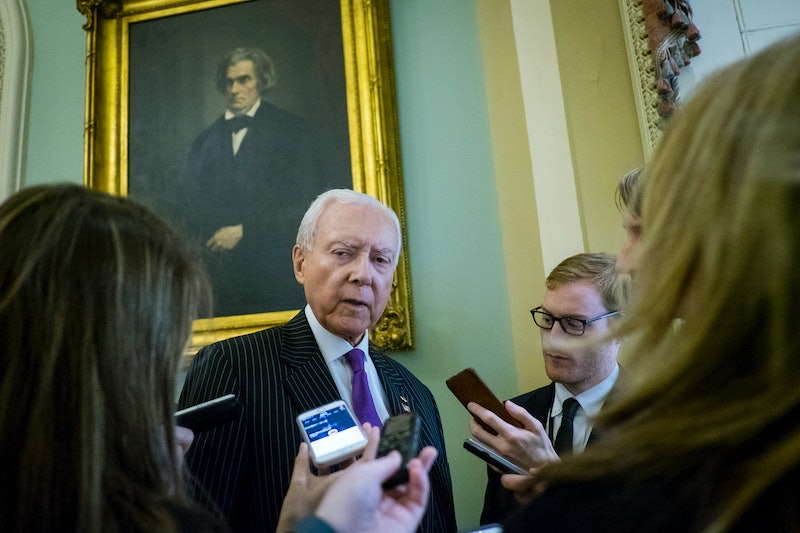 After an emotional morning in the White House's famous Rose Garden, Merrick Garland has accepted President Obama's appointment to the Supreme Court of the United States, the highest court this country has to offer. Likewise, it is also a high honor to receive such a nomination to such a sought-after slot. After Justice Antonin Scalia's untimely passing, however, members of Congress like Mitch McConnell and Ted Cruz vowed to block the president's nominee — no matter who he selected — because he is under a year away from leaving the White House. Even if the GOP decided to block Garland's appointment, how could they do it?

As it turns out, there is really only one way for Senate Republicans to block the president's SCOTUS appointee from going through, and that is if the confirmation vote in the Senate fails. Although the process is technically several steps, there are essentially two stage in appointing a new Supreme Court justice: nomination and confirmation. The candidate is nominated by the president and then faces a series of hearings before the Senate Judiciary Committee, which then votes to either send the nomination to the U.S. Senate, or not. The Senate then makes the confirmation or doesn't. Fairly simple.

There are three ways a nomination can turn out unsuccessful, but only one is related to the Senate. For one, an individual does not have to accept the nomination. He or she can decline, in which case another nominee is selected. In the second, the president can retract the nomination for a variety of reasons. In the third, the nominee does not receive the confirmation vote from the Senate.

However, some Republican members of this Senate — in an unprecedented move — vowed to deny holding confirmation hearings for the president's nominee before his choice was even made. According to repeated statements from Senate Majority Leader Mitch McConnell:

I don't know how many times we need to keep saying this: The Judiciary Committee has unanimously recommended to me that there be no hearing. I've said repeatedly and I'm now confident that my conference agrees that this decision ought to be made by the next president, whoever is elected.

Should the Senate decide to block Garland from the confirmation, Obama would have the opportunity to select another from his short list of SCOTUS potentials. There is a high probability that if the Senate remains obstinate, this could actually occur. Hopefully, the GOP will give this moderate nominee a chance at the Supreme Court.