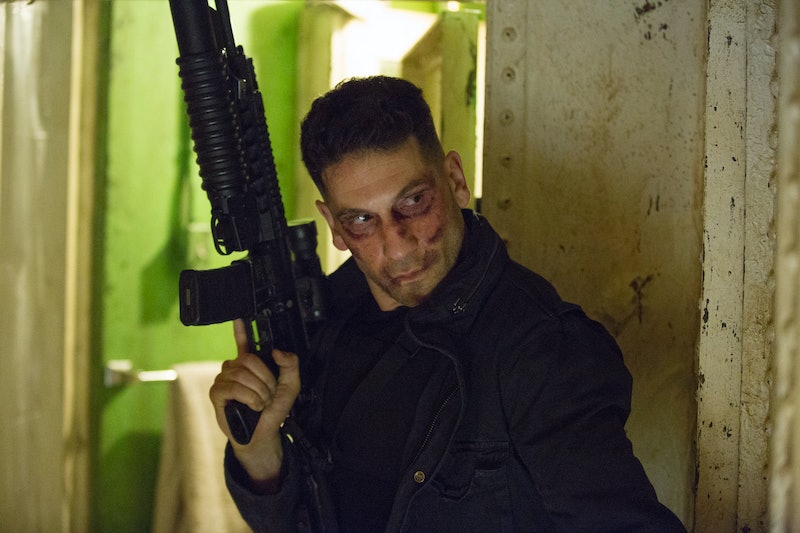 Daredevil Season 2 marks the Marvel Cinematic Universe debut of Frank Castle, played by Jon Bernthal. The actor is likely already one of your faves from another popular genre series, and I can't help noticing that The Punisher on Daredevil and Shane from The Walking Dead are kind of the same character. Even if the two were not played by the same actor, I think we'd be making this call.

Shane lives in a lawless zombie apocalypse and Frank lives in a neighborhood of New York City that has survived one alien and one Hulk attack. Both of their realities have been rocked in different ways. Their worlds could not be more different, it is their ideologies that are alike. Frank and Shane are both anti-heroes in their own way. They could also both be considered unstable, and the comparisons do not end there.

I don't think Bernthal was typecast or anything. He played "the coolest High School teacher you definitely had" in last year's independent film Me And Earl & The Dying Girl and that character was very different from Shane Walsh. The two performances are very different — but the characters have a lot in common and it's fun to compare. Let's take a look.

They Both Believe Killing Is Often Necessary

This is the biggest one. Frank Castle is pitted against Matt Murdock much like Shane was pitted against Rick on The Walking Dead. Both Matt and Rick don't believe in killing their victims and taking the law into their own hands to that extent — at least at first.

They Have Experienced Loss

Frank's family died after he returned from serving overseas. Shane not only lost his friends and family, but "lost" Lori upon Rick's reappearance — which set him off on the series.

They Are Paternal Figures

Shane stepped in and was, for a while, a good father figure for Carl. Frank loved his kids more than anything.

They Both Have Formal Weapons Training

While they aren't both law enforcement, Shane was a police officer and Frank is former military, there are similar aspects to their careers. Since both have been removed from those environments and then experienced trauma, they are also examples of what can happen when that power is used in a very bad way.

I think the biggest difference between these two characters and that their respective adversaries is that Rick and Shane started off as best friends, while Matt and Shane are pitted against each other from the start. That said, they are both vigilantes in Hell's Kitchen, and could end up becoming pals, or at least allies, before before Daredevil Season 2 is over.