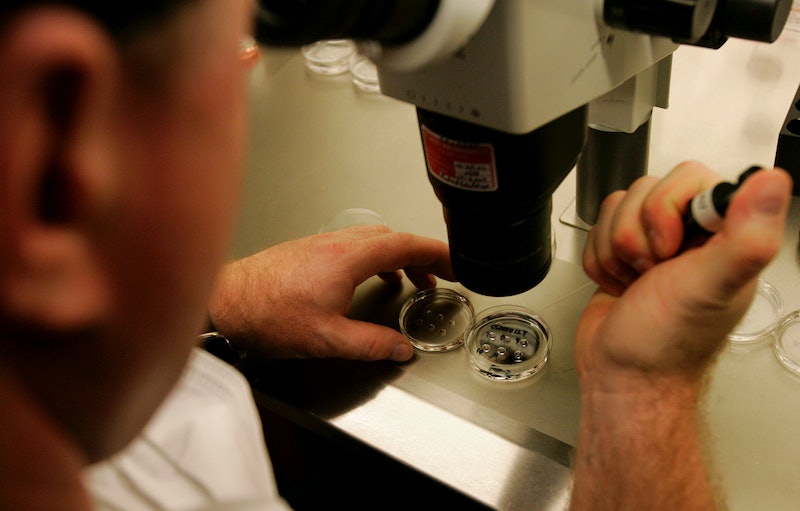 Belgian scientists have created an alternative to expensive In-Vitro Fertilization (IVF) procedures using "kitchen cupboard" ingredients – and no, they're not talking about tequila.

Instead, they frame their method and its high success rate as a source of hope for infertile couples in the developing world. Lead researcher Prof Willem Ombelet told the BBC about their "Alka-seltzer-like" technique: "This isn't just about low cost IVF in west London, this is all about can you bring IVF to countries which have unsophisticated medical services where infertility has an incredibly low profile."

The science behind their approach works in much the same way as conventional multi-thousand dollar IVF, but uses a basic two-tube system to replace complex air purification systems. And it does work: The team told a conference in London yesterday that 30% of their test couples had conceived 12 healthy children, matching the status quo.

The Belgian team says the international community has neglected the widespread problem of infertility in the developing world. A 2004 report by the WHO said more than two million couples worldwide struggle with infertility, and many do not have the financial or cultural means to access the options available to aspiring parents in the West. Professor Omebelet's team sees their discovery as an equalizing mechanism because it lowers those prohibitive costs.

Some critics argue that aid workers should focus on overpopulation , and direct scarce resources accordingly. However, at a 2002 conference, researchers argued that infertility has far more complicated (and even tragic) consequences than those arguments credit, ranging from "severe economic deprivation" to "social isolation...murder and suicide." In many cultures, aging parents rely on children for support, and women often bear the brunt of a failure to conceive.

In fact, lack of access may even undermine efforts to promote family planning in the other direction. WHO data from 47 Demographics and Health surveys suggests that opening access to fertility treatments can give people a true choice as they plan their families, making them more likely to consider contraceptives as well.

Thus, Belgian Elke Klerkx of the Genk Institute for Fertility Technology did not mince words as she described the potential of new IVF treatments: "This is an important breakthrough in terms of human rights, equity and social justice.”