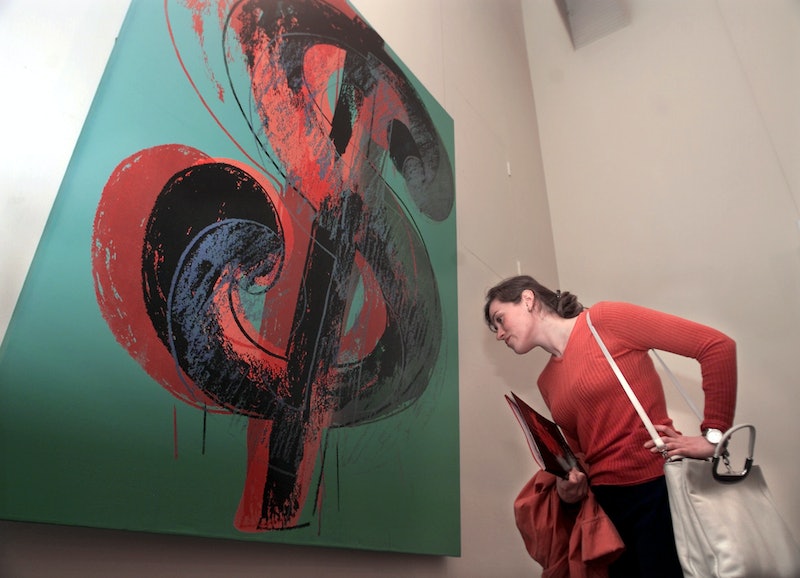 Menstruating women in two of the largest U.S. cities are set to save a few dollars at the drugstore each month: The New York state assembly and the Chicago city council both voted unanimously to drop sales tax on tampons and other sanitary products this week. The votes are indicative of a growing national movement to remove the taboo around menstruation and eliminate taxes on items nearly half the U.S. population considers a basic necessity.

New York is set to become the sixth state to opt out of taxing women for having their period, while advocates hope Chicago's decision to drop the so-called "tampon tax" will inspire state legislatures to follow suit when a bill exempting feminine hygiene products from state sales tax comes up for vote in the Illinois state Senate later this year.

New York's state assembly voted unanimously to rescind state sales tax on feminine hygiene products like tampons and pads Tuesday, exactly two weeks after a group of five women filed a lawsuit against the state alleging it was "unlawfully" taxing tampons. The lawsuit claimed tampons were medical items and should thus be exempt from sales tax under current New York state law — like foot powder, adult diapers, and dandruff shampoo already are.

"The tampon tax is a regressive tax on women and their bodies," the bill's sponsor, New York assemblywoman Linda Rosenthal, told the New York Daily News. The bill now heads to the New York state senate and isn't expected to face serious opposition. If passed, New York's estimated 10 million women of child-bearing age could say adios to the state's 4 percent sales tax on tampons as early as 2017.

Following on the heels of New York's State Assembly, Chicago's City Council voted unanimously Wednesday to drop the 1.25 percent sales tax levied by the city on tampons and pads and reclassify the feminine hygiene products as "medical necessities" rather than a luxury "grooming and hygiene" item. Sanitary products sold in Chicago won't be completely exempt from sales tax, however. Illinois' 6.25 percent state sales tax will remain on tampons and pads along with a 2.15 percent other sales tax.

Eliminating sales tax on tampons across the board is a complex proposal because taxes differ state to state. Aside from Oregon, Montana, New Hampshire, and Alaska, which don't have sales tax, most states tax anything considered "tangible personal property." Exemptions are made for items deemed "necessities," like food, clothing (in some states), and some medical goods like prescriptions, prosthetics, etc.

Interestingly, more states define candy as a sales-tax exempt item than define tampons as an exempt medical necessity, according to TIME magazine. A total of 11 states currently don't tax candy — and 10 of those states absurdly tax tampons. In comparison, only five states — Maryland, Massachusetts, Pennsylvania, Minnesota, and New Jersey — actively opt not to tax products like pads and tampons despite the fact that (as every woman already knows) you hardly get a choice when it comes to your period.

But the fight to stop women from being penalized for menstruating isn't being won everywhere. A similar proposal to eliminate state sales tax on tampons was voted down in Utah last month and legislation on "tampon tax" is currently still pending in Ohio and Virginia. And no matter what legislatures might say, having your period isn't a luxury and bleeding without protection isn't a choice.