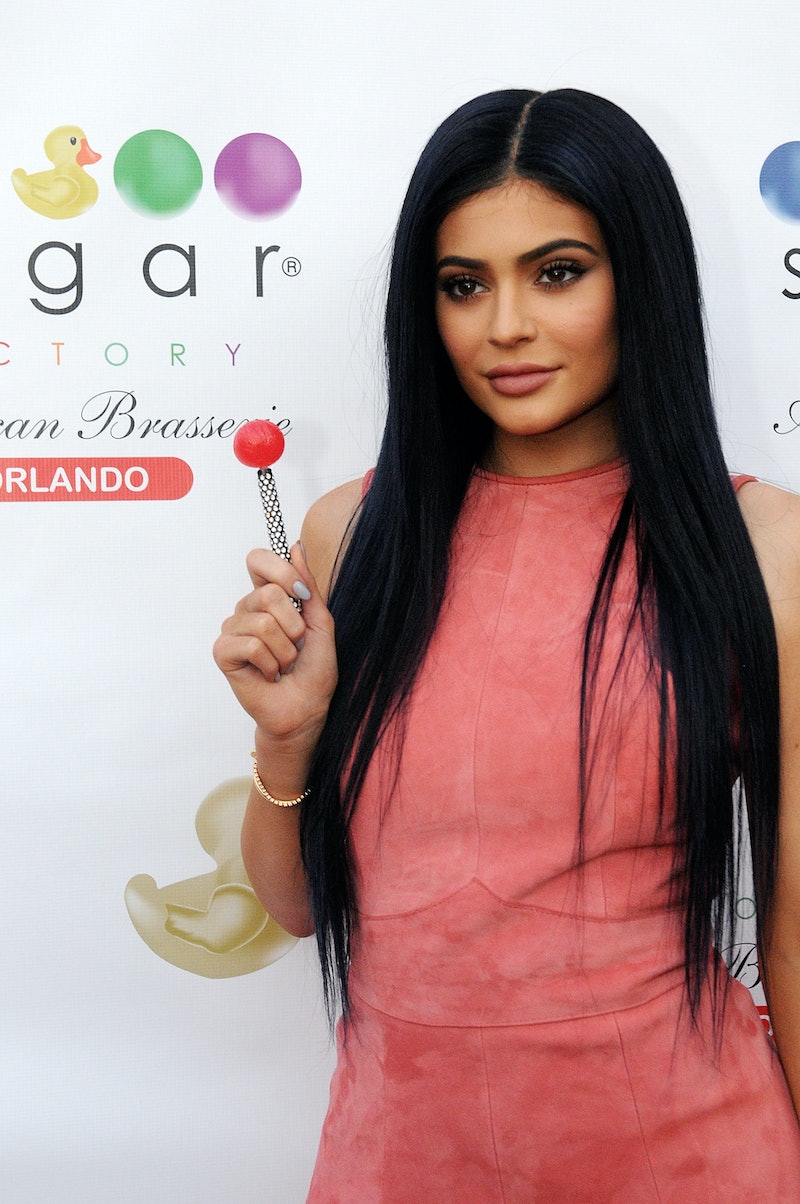 Kylie Lip Kits are basically all the beauty community can talk about lately, and if you're sick of it, well, I'm so sorry because it's about to happen again. Kylie Jenner teased a deep purple shade on her Instagram today, and it's got everyone wondering when does Kylie's Kourt K Lip Kit come out?

Yes, you read that correctly. Jenner's new Lip Kit is named after older sister Kourtney Kardashian, and it's a super sweet gesture. It's not, however, one that Jenner hasn't made before, though. KoKo K, anyone? The two shades, though, well, they couldn't be more different. The brownish-pink hue of KoKo K is perfectly suited to Khloe, and she rocks it on the regular. It's definitely got me wondering if Kourtney Kardashian will be doing the same with this new, burgundy shade.

This isn't the first time we've seen the purple-hued lip, though. Only two nights ago, Jenner debuted the look via her Snapchat when friend Jordyn was rocking the lippie. While the shade definitely appears purple in its iconic Kylie Lip Kit packaging, it's clear that the lip is a more burgundy hue on Jordyn. The shade is a major departure for the Lip Kits. While True Brown K definitely features the deepness of Kourt K, the dark color is majorly different from other new releases like 22 and Posie K.

While the shade is undeniably exciting, everyone still wants to know when the Kylie Kourt K Lip Kit comes out. So far, there has been no release date announced. However, Jenner's releases have begun to speed up. Each new shade has come out faster than the last. Plus, Jenner herself has said that her fans won't need to wait until April.

This means that the Kylie Lip Kit in Kourt K will be released within the next two weeks! Until then though, Jenner is surely going to tease us with the stunning new color.

While the timeframe has been narrowed down, there's no real way to know when the new shade will launch. However, thanks to Jenner's social media frenzy, at we all have some idea when Kourt K will be released, and I can't really complain about that.