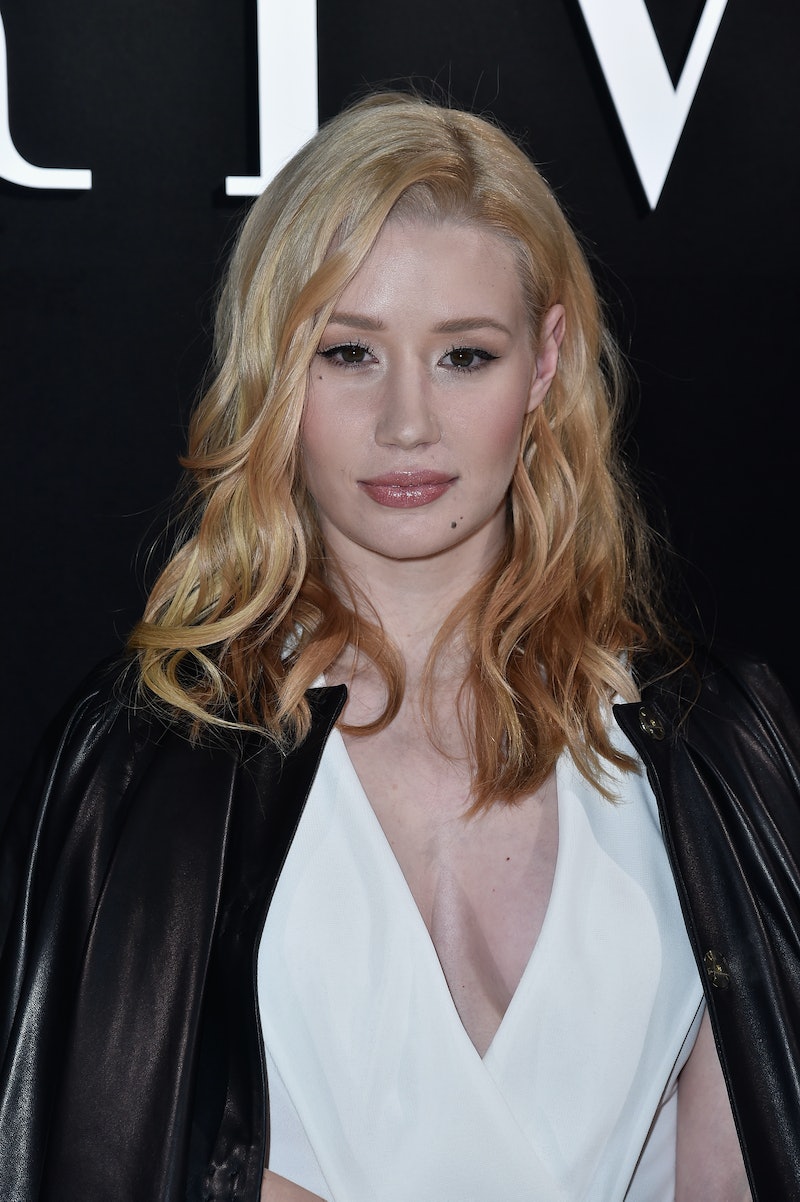 Iggy Azalea has definitely proven she's a force to be reckoned with in the music industry, and she is not holding back for her sophomore album. On Friday, the Australian rapper dropped "TEAM," her first solo single in three years. Like most musicians in this day and age, the single was also accompanied by a lyric video filled with tons of dancers decked out in cool denim outfits. While there have been a lot of questions surrounding Azalea in the last year, there is one question on everyone's mind: With this new music out, when will Azalea's new album drop in 2016?

While she definitely has a new album on the way, then "when" part of that question is a little less clear. Azalea has confirmed that there will in fact be a new album, and she has already released the title, which is Digital Distortion (which is a pretty clever title considering the last few years of her career have been filled with tons of rumors and internet controversies). Even with all the buzz surrounding the album, the singer has remained pretty tight lipped about what's in store. Although she's already hard at work promoting it, and is planning to perform "TEAM" on The Tonight Show Starring Jimmy Fallon Tuesday night, there's still no official release date. Yet.

But we do have at least an inkling of what the album might sound like. If "TEAM" is a good indication of what's to come, Digital Distortion will be chock full of dance beats and a few well placed disses, naturally. And in lieu of any concrete dates, Azalea has been very prone to tease some track titles and special features via Twitter. In fact, she's even tweeted directly to fans telling them about her new music. Apparently, there will even be a "skit" to look forward to, so clearly we're looking at something completely different from her first album.

Hopefully the album will be coming soon, but you never know when it comes to Azalea. After all, she announced the release of "TEAM" way back in December of 2015, so she seems to be in no rush. The one thing you can trust is that when an artist takes her time, good things are sure to follow.

More like this
Everything To Know About Taylor Swift’s 10th Studio Album, 'Midnights'
By Grace Wehniainen and Jake Viswanath
Mariah Carey Is Releasing Her “Lost” '90s Grunge Album
By El Hunt
What Demi Lovato Really Thinks About Child Stardom, Depression, & Sobriety
By Radhika Menon
Kanye West Apologizes To Kim K "For Any Stress I Have Caused" In Rare Interview
By Jake Viswanath
Get Even More From Bustle — Sign Up For The Newsletter