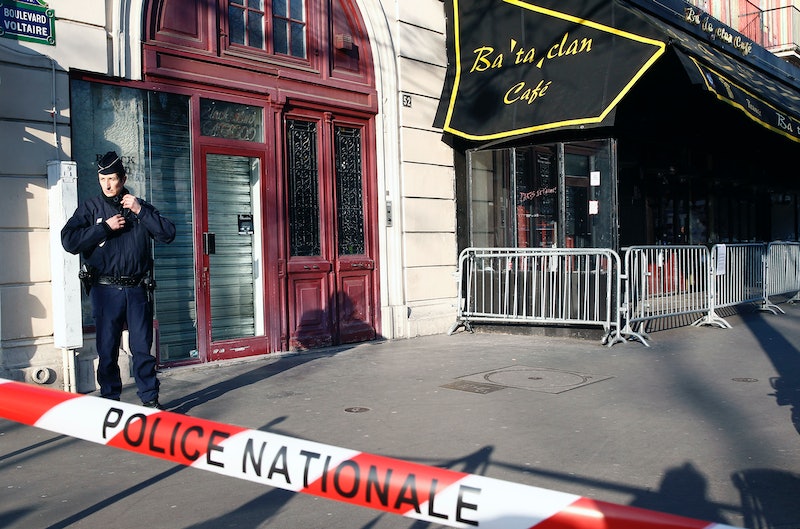 One of the suspects of the Paris attack, Salah Abdeslam, has been arrested, the BBC reported Friday afternoon. Raids linked to the November Paris attacks have been ongoing in Brussels, Belgium, over the past few days. Reuters reported that the Belgian justice minister confirmed Abdeslam had been caught, writing on Twitter, "We got him."

A previous counter-terrorism raid on Tuesday left one suspect dead and a couple on the run as authorities searched for anyone involved with last year's attacks that left more than 130 people dead across the city. During that raid, officials reportedly found Abdeslam's fingerprints in the apartment, and a few days later, they arrested him. The BBC also reported that Abdeslam may have been shot and wounded in the leg during his arrest.

Abdeslam was reportedly the 10th person involved in the Paris attacks — and the only one still alive. He had supposedly fled to Belgium after the attacks, though there was some speculation he had traveled to Syria, The New York Times reported. According to The Times, Abdeslam, who is a French citizen, is believed to have been involved with the attack at the Bataclan theater, where the Eagles of Death Metal were playing when gunmen with automatic weapons, grenades, and suicide vests attacked, killing nearly 90 people. He also allegedly played a role in driving the suicide bombers to the Stade de France.

Abdeslam has been on the run for four months, and Belgian and French authorities have been performing raids in an attempt to find him for just as long. In November, police reportedly stopped him at the border just hours after the attacks but ultimately let him go because they hadn't yet received word of a warrant for his arrest, NBC reported. The two men who allegedly drove him over the border were arrested and charged with participating in a terrorist activity.

Abdeslam's arrest brings some closure in the aftermath of the attacks. As the only alleged participant who survived the attacks, Belgium's capital was in a constant state of awareness over raids and other possible terrorism attacks. But with his arrest, the world now gears up for what will likely be an intense debate over what the next steps are for justice.