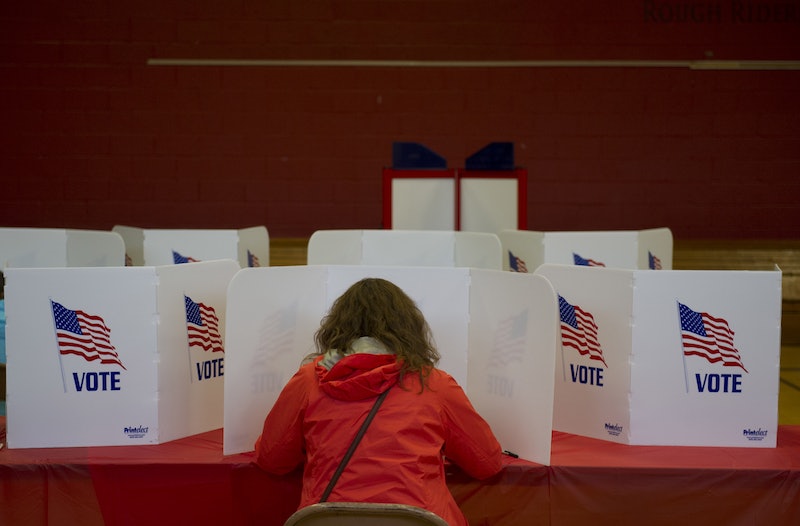 By the time the general election rolls around, there's going to be a lot of love given to 11 specific states. Swing states, purple states, or battleground states—however you want to refer to them, they are unpredictable and wildly important in securing enough delegates to win the presidential race. And even if they're not necessarily getting a lot of attention now, when the general election hits these swing states are going to be the most important for the Republican candidate.

Politiconamed Colorado, Florida, Iowa, Ohio, Nevada, New Hampshire and Virginia as 2016's "toss-up" states. It is essentially the same make-up as the political outlet's 2012 election map, and identifies them as "super-swingy" states with Colorado, Florida, Nevada, Ohio, and Virginia all having backed Bush and Obama twice, and New Hampshire and Iowa having backed the Democratic candidates in three out of the past four election.

OK, in the interest of having a clear model (and, let's face it, almost 100 percent probability), let's assume that Donald Trump gets the Republican nomination and Hillary Clinton secures her spot on the Democratic side. In terms of both a national litmus test and, if you're into it, some kind of superstition, Trump (or whoever drops out of the sky and dethrones him) will need to focus pretty heavily on New Hampshire and Iowa. Out of the seven swing states, those two have gone Democratic the most. That means he'll need to make sure he's wooing them to make more reliably Republican.

For now, that looks good for Clinton. The Real Clear Politics poll average puts Clinton at 46.5 to Trump's 41.5 percent in a head-to-head Iowa poll. In New Hampshire, Clinton leads 47.3 percent to Trump's 39.8.

From a sheer delegate standpoint, however, Florida is the key for either party to focus on. With 29 delegates at stake, it's far and above the highest offering. The only swing state that even comes close is Ohio, which has 18 delegates. Everything is coming up Clinton there, too. The Real Clear Politics poll average puts her at 45.6 to Trump's 43.4 percent, so it seems that for the Republicans to win, campaigning in Florida is a good place to start.

All of the swing states will be fascinating to watch, but if Trump, I mean, errr, the Republican candidate is serious about winning the election, they better plan on extended stays in New Hampshire, Iowa and Flordia.