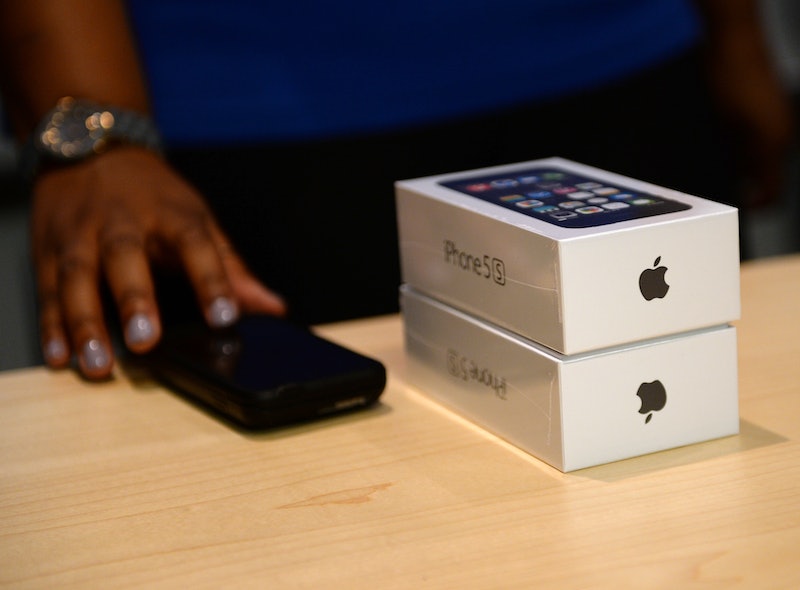 Apple's fifth-generation iPhone was quickly bumped out of production by its successors, the iPhone 5S and 5C, to have the shortest lifespan of any smartphone released by the highly-valued tech company. Yet despite a limited 12 months on shelves, the iPhone 5 is still out there, ringing boldly from the bottom of the purses and pockets of consumers not ready (or perhaps not yet able) to trade up. With the release of the iPhone SE, however, Apple has introduced consumers to a model with formidable hardware and a budget-friendly price in an effort to fully replace the iPhone 5 and its successors. So, how is the iPhone SE different than the iPhone 5?

For iPhone 5 users, the iPhone SE is a worthwhile upgrade because, although it's not the next big thing for Apple — quite the opposite, actually given its 4-inch display — it carries a notable amount of the impressive hardware Apple first introduced with the iPhone 6s in the smaller package data suggests many consumers still want. Moreover, the iPhone SE will slip into the Apple lineup at a price similar to the iPhone 5 as the company looks to definitely replace the now outdated model while also signaling the quiet end of the 5s and perhaps even the iPhone 6.

If you're wondering whether you should trade in your iPhone 5 for the new iPhone SE or wait to see what new upgrades Apple comes out with later in the year when it releases the iPhone 7, here's a look at exactly how the two models differ.

Apple is returning to its palm-sized roots with the iPhone SE, which will have the smaller 4-inch display of the iPhone 5. But screen size isn't the only design aspect the SE and iPhone 5 have in common. Both models measure 7.6 mm thick with aluminum body frames. The iPhone SE has a design nearly identical to the iPhone 5s, which succeeded the iPhone 5, albeit with the curved matte edges of the iPhone 6s. Consumers moving from the black or white iPhone 5 to the iPhone SE will get a host of different color options, including silver, space gray, gold, and rose gold.

The iPhone 5 launched before Apple had introduced many of the features now considered to be standard to the iPhone, like Touch ID, Apple Pay, and Live Photos. Despite being introduced as a mid-range model, the iPhone SE will come equipped with the fingerprint sensor of Touch ID and iOS 9, Apple's latest iOS software, enabling it for Apple Pay and Live Photos.

Unimpressed with the larger size of the iPhone 6 and 6s or the jumbo sizing of the iPhone Plus family, some Apple fans have been hesitant to let go of the iPhone 5 despite it becoming more and more outdated. Those consumers will find the iPhone SE a nice way to benefit from Apple's most advanced hardware without having to sacrifice the convenience a smaller sized phone provides. Because sometimes you just need a phone you can easily operate with one thumb.