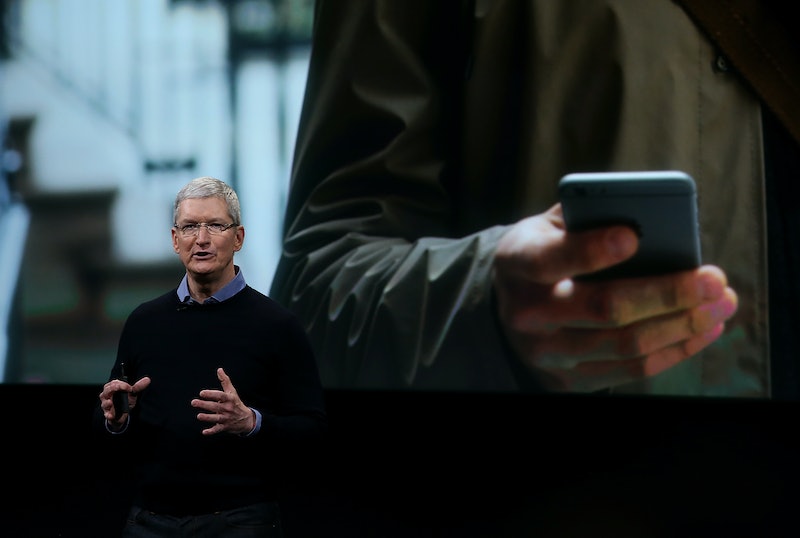 In September 2014, Apple went big. "Bigger than bigger," to be precise. With the iPhone 6 — and later the iPhone 6s and iPhone 6s Plus — Apple dove headfirst into the jumbo smartphone trend. But is bigger always better? Some customers are still attached to the smaller versions. With the 4-inch screened iPhone SE, Apple is re-extending a hand to consumers who prefer the convenience that a display screen which fits comfortably in one hand enables.

Apple's decision to break from its traditional annual sequence with the mid-cycle release of a smartphone offering very little in the way of new or enhanced technology in comparison to the current family of iPhones had many wondering what the tech giant's strategy is. Certainly, Apple is looking to offset an expected decline in sales the company announced earlier in the year by offering consumers an appetizer at a time when sales generally stall when customers await the next entree in the iPhone meal — in this case the iPhone 7.

But it's the size of Apple's latest iPhone that will likely finally convince those of us still reluctant to give up the smaller iPhone 4 or iPhone 5 to shell out for a new model.

The jig is up and with the release of the iPhone SE, it's time I confess: I still use an iPhone 4s. Yes, that's right, my phone was officially discontinued nearly 2 years ago and is likely now considered archaic by Apple standards. Up until now, I've never been tempted to trade it in because I find the larger sizes so off-putting. My heart races and my palms sweat when I even see someone stretch their hand around one of the bigger iPhones. Some say size doesn't matter, but for me and my tiny butterfingers, it's a dealbreaker.

But it's not just the iPhone SE's 4-inch display screen that I find tempting. With the same 12-megapixel camera and A9 processor as the iPhone 6s, the hardware of the iPhone SE is impressive. It starts at $399.

The iPhone SE's appeal lies not in vastly improved or advanced specs — you'll have to wait for the iPhone 7 to see that — but in its marriage of the iPhone 6s' performance-oriented hardware and the iPhone 5's smaller size. The iPhone SE is Apple's solution for consumers like me who want the company's latest and most-advanced hardware but are unwilling to give up the small convenient size of the early smartphones.