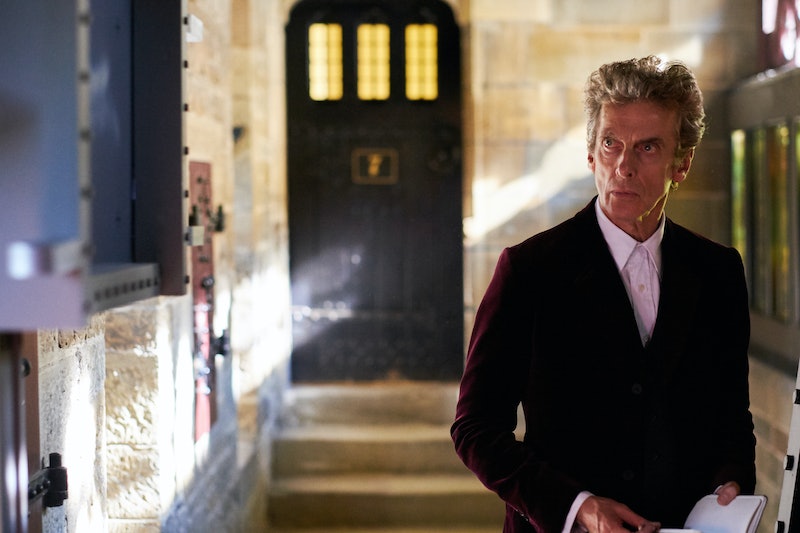 The long-running and wildly popular British TV series Doctor Who will see at least one new face next year. Actor and current Doctor Peter Capaldi will return as the regenerating time-and-space traveler, but according to a recent interview, he'll have someone never-before-seen by his side. Doctor Who is getting a new companion, Capaldi told the Brazilian website Omlete, and according to the actor, the character has already been cast. The new person will replace former companion Clara Oswald (played by Jenna Coleman), who was also present during Matt Smith's tenure as the Doctor. But who will this new companion be, and what actor will play her?

Capaldi told Omlete (via Entertainment Weekly) that this will be a "different sort of take" on the role, adding that the companion has already been cast. "Obviously I know who that is and we've been doing a bit of work together already and it's very exciting," Capaldi teased. The actor also said that unlike Clara, who knew of the Doctor, this new companion is coming in without any previous knowledge of who his character is or what he's capable of. "She [Clara] understood a little about how he was," Capaldi said. "Now we have someone who knows very little about the Doctor.”

But what could a "different" companion look and be like? Game of Thrones star Maisie Williams recently shut down rumors that she was next in line to take over the role of companion, telling BANG Showbiz, "I'm not going to be working on Doctor Who again." Back in February, RadioTimes reported that actor Rakhee Thakrar (formerly of the BBC soap opera EastEnders) was being considered for the spot, which would make her the first non-white Doctor Who companion since Martha Jones (played by Freema Agyeman) in 2008. Earlier this month, Capaldi told Newsweek that there have been multicultural actors auditioning for the role and that he'd like to see a diverse companion. “The thing about Doctor Who is, it’s at its best when it reflects the culture and the times that it’s in," he said. "Because it’s a very successful show, sometimes it just digs its own groove of success, and I think it’s time for us to be more recognizable as being in the 21st century.”

Still, any real details about the new companion are still unknown. Perhaps she'll be like some recent companions, who included actors Billie Piper (who played Rose Tyler opposite 10th Doctor David Tennant), Catherine Tate (who was Donna Noble, also with Tennant), and Karen Gillan (Amy Pond, opposite Smith's 11th Doctor). Or maybe, she will actually be he; there have been male companions in the past, including late night talk show host James Corden, who accompanied Smith for an episode as companion. But Capaldi already shot down the possibility of a male companion last December, telling Radio Times, "With the best will in the world, I don’t want a bloke, because I’m frightened that they’ll give him all the action and I’ll be standing around spouting scientific gobbledygook."

No matter who plays the new companion, fans will have to wait until 2017 to see a new full season of Doctor Who.

More like this
Netflix Just Rebooted A Classic ‘90s High School Drama
By Maxine Harrison
Every Horror Movie Reference In The 'PLL: Original Sin' Premiere
By Alyssa Lapid
You Can Now FaceTime With 'Bridgerton's Regé-Jean Page
By El Hunt
Everything To Know About 'Evil' Season 4
By Meguire Hennes
Get Even More From Bustle — Sign Up For The Newsletter