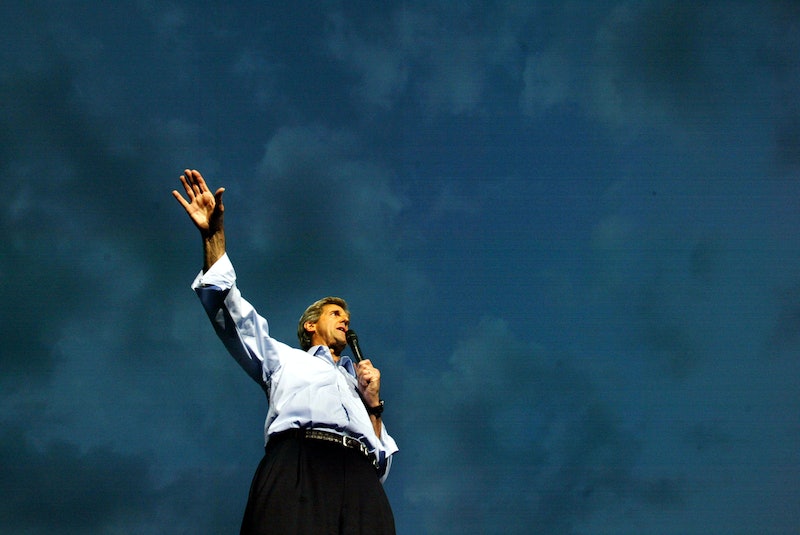 The possibility of Donald Trump becoming one of the major parties' presidential nominees in November means that really, we haven't the slightest clue what to expect. For all we know, it could be a blowout. But it could also be a nail-biter, with the outcome hinging on one state. Such situations aren't terribly rare: Swing states have decided the presidential election at various points in U.S. history, and almost assuredly will in some future election as well.

Nowadays, the swing states are generally considered to be Ohio, Florida, Colorado, Nevada, Iowa, and maybe a couple of others. But that wasn't always the case. Demographics and political parties evolve over time, and as such, so does the roster of swing states. Several states that we now think of as reliable Democratic or Republican were, at some point in time, swing states that helped determine the presidency.

In many cases, it's misleading to refer to a single state as having "decided the election," but in others, the winner of the presidential election truly did come down to the outcome in a single state. Let's take a look at some of the most notorious swing states throughout US history. They probably aren't what you think.

Nowadays, nobody thinks of New York as a swing state, and for good reason — it hasn't voted for a Republican in over 30 years. But in 1884, New York's 36 electoral votes were enough to single-handedly give Grover Cleveland the presidency in a race he may well have lost. And it wasn't just 1884: New York also cast the tie-breaking vote in the elections of 1888, 1960, and 1976.

Another state that isn't very swingy now, California played a crucial role in the 1968 election, which featured a three-way race between Richard Nixon, Hubert Humphrey and George Wallace. Nixon won his native California and its 40 electoral votes. Had the state gone to either of the other two candidates, nobody would have received the 270 electoral votes needed to win the presidency, which in turn would have forced the House of Representatives to decide the election.

Along with 2000, the election of 1876 was one of the most contentious in U.S. history. The vote count was disputed in no less than four states, and Congress eventually formed an electoral commission to resolve the dispute. Not surprisingly, the proceedings of that commission itself were extremely controversial, but at the end of the day, it awarded all of the disputed states' electoral votes (and thus the presidency) to Rutherford B. Hayes — despite the fact that he lost the popular vote.

Here's why it's difficult to talk about swing states that "decided the election." In extremely close elections that come down to just a few electoral votes, almost any state can be said to have "decided the election," because if almost any state had voted the other way, the outcome would have been different. In 1916, for example, Woodrow Wilson defeated Charles Evan Hughes with 277 electoral votes to his opponent's 254 and 11 more than the 266 electoral votes needed to win, meaning that any state worth 11 or more votes could reasonably be considered the "tie-breaker."