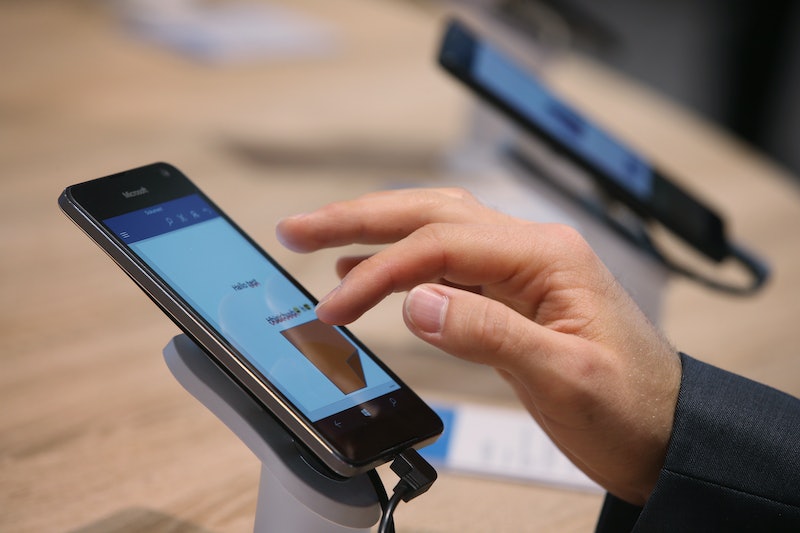 After years of bigger and better iPhones, Apple opted to stick with better. Replacing the outdated iPhone 5S, Apple has announced a model that will have all the bells and whistles of its larger siblings while still fitting in your hand and jeans pocket. The just announced iPhone SE will sport a screen size of 4 inches, just like 5S — but it will have many new features like Apple Pay mobile payments, a faster processor, and an upgraded camera. The iPhone 7 wasn't announced during the Apple event, but sadly, it wasn't expected to be — traditionally, they come out in the fall.

Good news: There is a brand-new iPhone on the market. The last two years Apple's new models have been on the large and larger side with screens reaching 5.5 inches. That's great unless you prefer the size of the smaller 5S, which was announced all the way back on September 10, 2013. That's more than two years ago — a lifetime in the world of smartphones, where products are updated at least once a year. The newest phones have a super-fast A9 Apple processor whereas the 5S was still using the A7 chip. Other differences have been the camera; the newest iPhones have 12 megapixel cameras and the 5S just had 8. Always-on Siri, Apple Pay, and 3D touch are exclusive to the newest models.

That left consumers in a real bind if they wanted the newest technology — like being able to use the 4-inch model with one hand, for example. Back in September when the iPhone 6S, the refreshed version of the 6, was announced, there was talk of updating a 4-inch model too. Reports said that many iPhone users were hanging on to older phones because of its size preference — even if that meant forgoing the new features. The SE is Apple's answer.

In addition to pleasing fans of the smaller screen, the iPhone SE could also give Apple a better model to compete in emerging markets with. The starting price of $649 of the iPhone 6S is just too expensive for a large swath of consumers around the world. Because of that, this mid-tier market has been dominated by Android-powered phones which Google designs. The SE, priced at $399, is Apple's attempt at competing — just a few years after the last attempt, the iPhone 5C fell flat. The 5C had the iPhone 5's hardware but came in a bright, plastic shell and was priced $100 cheaper.

The iPhone SE may be the best of both worlds. All the newest features at a lower price — and it will still fit in your pocket. Whether it will solve Apple's problems is another matter. The growth in the last quarter was the slowest it has been since the first iPhone was released. Apple has remained optimistic, but as cell phone carriers have phased out subsidized phones, consumers now have the option to save money if they hold on to older models. No more free phones every two years. Therefore the SE's lower price might appeal to consumers in the United States too. Apple's betting on it.