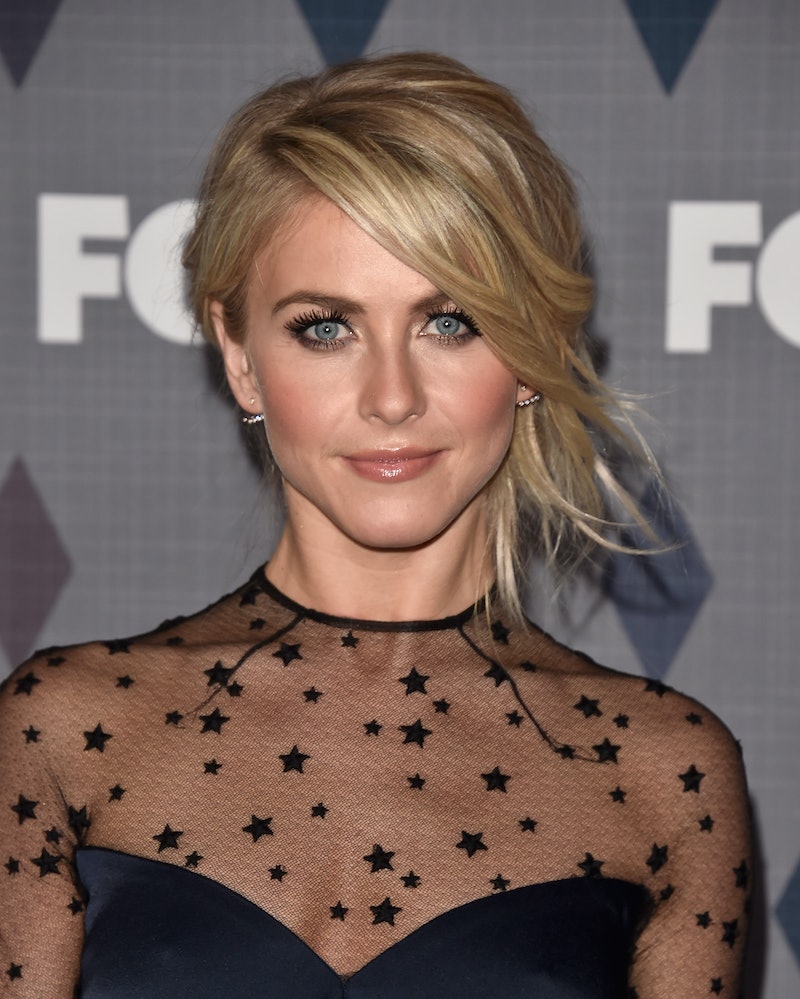 Believe it or not, Dancing With The Stars is entering its 22nd season. That's mind-blowing and truly impressive for a show focused solely on dancing. Besides the famous, ever-changing cast that keeps audiences tuning in each season, the colorful group of judges that snark their way through the competition are equally entertaining. Julianne Hough has served on the panel for the last three years after five seasons as a contestant, using her professional dancing skills while paired with various celebrities on the show. So, fans will be bummed to hear that Julianne Hough won't be returning as a judge for DWTS Season 22.

According to an interview with People Magazine, Hough said that she is leaving the show to focus on her career. She told the magazine that she has some "exciting stuff" coming up that she needs to take time for. Luckily for fans, she staunchly claimed that she will eventually return to the show in the near future. "I promise it's not the last you'll see of me in the ballroom," she told the magazine.

Although she was careful to stay mum about any specific projects that she's working on, Hough has been busy for quite some time. Let's take a look at some of the things she has been up to since the past season of Dancing With The Stars.

Hough starred as Sandy in the television musical event, Grease: Live! . It was an outstandingly successful showing and she received rave reviews for her performance. Stepping into Olivia Newton John's shoes is no easy task, but the dancer nailed it.

Hough changed up her image a little bit by starring as a sailor-mouthed bridezilla in the raunchy comedy Dirty Grandpa with Zac Efron and Robert De Niro. She even surprised herself with her role, telling the New York Daily News, “It’s hilarious and revolting at the same time. ... My grandparents on both sides of the family are Mormons, so I’m pretty sure they’re not going to see it.”

Working in conjunction with MPG Sports, Hough recently launched her own activewear line of clothing. It includes bras, tanks, shorts, and cropped workout pants and is being sold in Lord and Taylor stores across the country. She has plans to expand the line in the future, so keep your eyes peeled!

Hough has definitely been busy since Season 21 of DWTS wrapped. She seems to be filling her break from the show with some amazing projects. I'm looking forward to seeing what else she has on her agenda in the upcoming months, even if she isn't returning to the show right now.