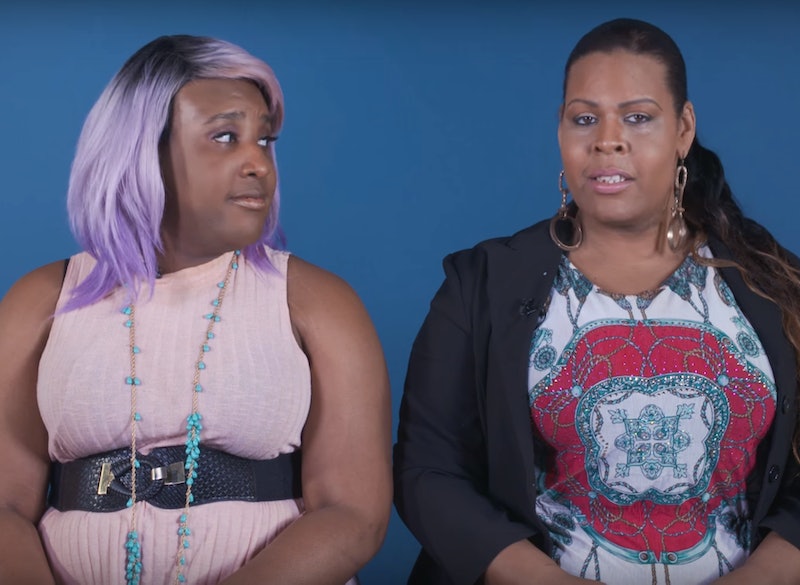 The Human Rights Campaign reports that, only a few months into 2016, transgender and non-binary people in states across the U.S. are already facing more than 40 proposed anti-trans laws; public bathrooms, of all places, have become the primary battleground for this anti-trans legislation, with almost 30 bills under consideration that seek to restrict trans people’s access to the public bathrooms and locker rooms of their choice. In a new video from Mashable, five trans and non-binary people talk about the phobias we should actually have in bathrooms. They make the point that, yes, there are a lot of things to be afraid of in public bathrooms (um, “urine soaked floors”?!) — but trans people aren’t one of them.

As of mid-February, 29 different bills have been proposed that would restrict trans people’s access to public restrooms and other sex-segregated public spaces. Even worse, the HRC reports that more than half of these “bathroom bills” target trans-children and teens specifically, a group that is already at increased risk of bullying, feeling unsafe at school, and suicide. These laws would require students in public schools to use bathrooms and locker rooms that align with the sex they were assigned at birth, regardless of their gender identity. One of these bills is currently making its way through the Tennessee state legislature, and only a few weeks ago South Dakota Governor Dennis Daugaard vetoed a similar bill that had passed through that state’s legislature.

Anti-trans bathroom bills both arise from and perpetuate transphobic, false stereotypes that present trans people as “deviant” or confused about their gender. They are further fueled by unfounded fears that allowing trans people to use the bathrooms of their choice will somehow cause a spike in harassment against cis-gender women. Experts have soundly debunked the myth that letting trans people pee in the bathrooms in which they feel most comfortable will lead to sexual violence.

Although these laws are often presented as intended to “protect” cis-gender women and children, in reality, it’s trans people’s sense of safety that is at stake. “Being a woman of trans experience, having a gender neutral bathroom is important because it gives me a sense of safety, where I am free from the misgendering that used to happen when I first started my transition,” Chanel Lopez explained to Mashable. Lopez is a Hate Violence Counselor/Advocate at the Anti-Violence Project (AVP), based in New York City. She continued, “Having a gender neutral bathroom creates a safe space for anyone to use, and not have to be worried about violence and harassment.”

Lopez and four other trans and non-binary people from AVP visited Mashable to talk about bathroom bills and the real phobias we should have in public bathrooms. Sue Yacka, Communications Director at AVP, explained that, when it comes to threatening bathroom issues, "[t]here are far more serious things to be concerned about. Will the door shut or will I have to hold it shut with my foot while I pee? Will there be soap? Maybe I can stand inside public bathrooms and just pump Purell into people’s hands, everyone's hands. I'll be a national hero.”

The video’s participants list a number of public bathroom phobias that will haunt your dreams, including people who don’t wash their hands, having only one square of toilet paper, and trying to change clothes in a cramped stall without letting anything touch the dirty bathroom floor — not to mention the threat of former Hogwarts students haunting the toilet.

To this already frightening list, I would add my own personal gripe: Automatically flushing toilets that insist on flushing violently when you are still sitting down, spraying god-knows-what all over everything. Terrifying. You know what’s not terrifying? Or even remotely threatening? Trans and non-binary children. As one participant in the video says, “Worry about things that matter.”