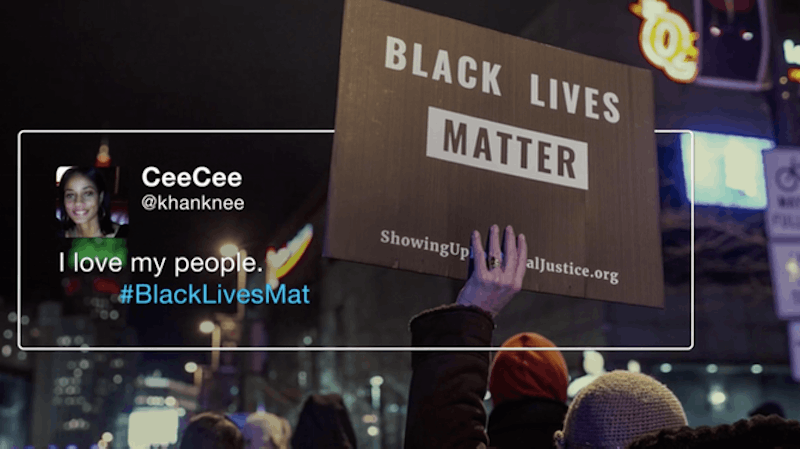 For those of us who grew up with the Internet, it can be hard to imagine a time without the digital world. In honor of Twitter's 10th anniversary, the company released a video that highlights all of the monumental moments documented, created, shared, and spread through only 140 characters — proving that the media mogul has made history in more ways than most people would even comprehend.

The site has undoubtedly become part of the media's cultural fabric. It's an inescapable entity between TV channels, celebrities, stories and unfolding news. It is one of the fastest ways we communicate with one another. And while often it serves to inform us as to what's happening in the world, we can't forget that it also is a medium through which we create the news, making topics relevant with trending hashtags and the sheer volume of engagement. When people herd around a cause, larger media outlets virtually have no choice but to also follow suit.

Twitter says it will be celebrating in its offices around the world today: “As we mark this milestone, it’s you we want to celebrate. As March 21 begins around the world, each of our global offices will kick off the day by showing our appreciation and gratitude — starting in Sydney and following the sun to headquarters in San Francisco. We are excited to celebrate with all of you.” They also, however, created a video that outlines some of the more monumental moments of the past 10 years — everything from riots to sports wins to royal babies. It will give you an incredible mix of nostalgia and wonder: seeing everything that we've learned and shared and created really packs a punch in terms of just how much change we've seen and been a part of.

Buckle up for some last decade feelings, everyone.

Among other notable moments (hi, George!) we've gotten to see a lot happen first-hand, such as when we read the first tweets sent from space. (“Hello Twitterverse! We r now LIVE tweeting from the International Space Station–the 1st live tweet from Space! :) More soon, send your ?s.")

We've also seen a major cultural impacts due to the site, such as the #BlackLivesMatter movement, which people are already trying to turn into reading material for kids in school.

So whether you're a frequent user, have a semi-inactive account, or only know what Twitter is by word of mouth, it's a cultural force to be reckoned with regardless. If nothing else, may this remind us that we always have more power than we think.