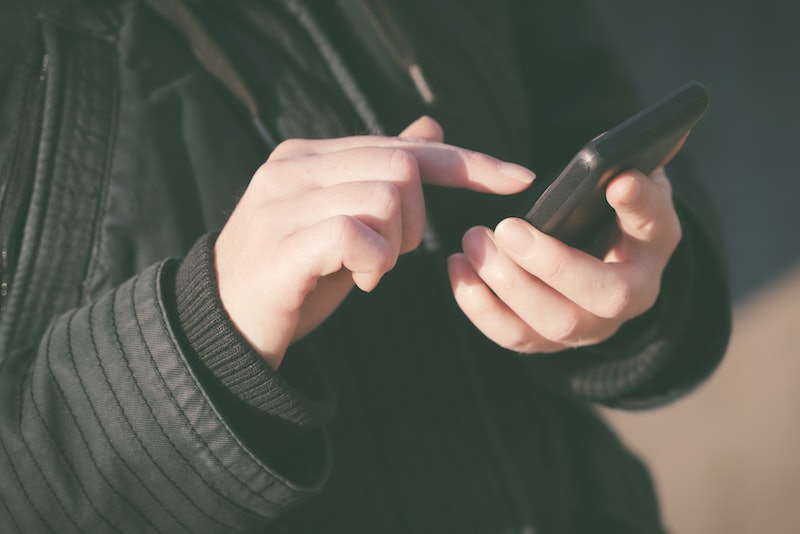 Huzzah! Yet another reason why I don't think social media is responsible for the ruination of our species: Scientists have created an algorithm that can tell if you're drunk on social media. Which, I know, on the surface, seems a bit like, "OK, and?" But the potential for future studies regarding this information is huge.

Spearheaded by a team from the University of Rochester, the study takes a look not only at the tweeting habits of the inebriated, but the where and the when of their social media use. In 2014, the researchers began collecting tweets that were geotagged in both New York City and Monroe County, NY, an area upstate that includes the city of Rochester. They then filtered all the tweets that contained the word "alcohol" or alcohol-related terms — you know, things like "beer," "drunk," "party," "glitter." OK, fine, probably not the last one. That's more of like a personal indicator of drunkenness, to be honest. I am very fun at parties.

The team then utilized workers from Amazon's Mechanical Turk, which is a very cool website I am just now learning about that connects people and businesses in need of fast HIT (Human Intelligence Task) completion, and computer-owning individuals in need of some fast cash.

They assigned three "Turkers" to each tweet and asked them to answer the following three questions: Does the message refer to alcohol? If so, does it directly refer to the person drinking alcohol? Finally, if the person does appear to be drinking alcohol, are they doing so at their home or out somewhere?

Here's where the study gets really, really cool: the team ultimately taught a machine-learning algorithm to identify patterns of tweets — specifically peoples' tweeting habits when they had been drinking. Even cooler, the algorithm can also identify a person's location with 80 percent accuracy.

So why is this so important? Because it provides a very new, very wide, pretty accurate pool of data not only to scientists, but to people addressing the social and economic issues surrounding alcohol use in our society. Is a person more likely to drink if they live near a number of bars? Is drunk driving more frequent in rural areas? Researchers can now potentially answer these questions with much more accuracy, and that? is very big news, indeed.

Nothing is more honest than a drunk tweet. Don't lie. You know it's true.