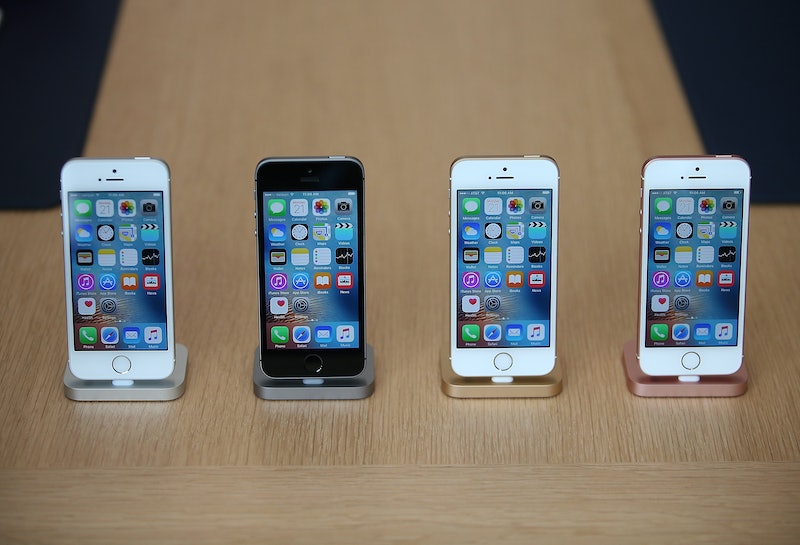 At the Apple event on Monday, the company revealed a product that many iPhone users will be pleased to get their hands on: the iPhone SE, which combines the specs of an iPhone 6 with the more compact size of the iPhone 5 and 5s. It features the many advanced camera and powerful motion processors of the iPhone 6S generation, all within four inches of phone. Since it's the same size and design as the iPhone 5 and 5s, it can fit into cases made for those generations. You'll certainly want to protect your new device, and though you could just throw on an old 5/5s case if you have one, consider updating your sleeve along with your phone. It's election season, and you can express your political leanings with an awesome election-themed iPhone SE case.

Whether you're crazy for Sen. Ted Cruz, berning up for Sen. Bernie Sanders, or just want to convey a general political sentiment, there's a case out there for you. Featuring a political message on a device that gets a lot of visibility in public is not only an act of self-expression, but could serve as a meaningful conversation-starter as well. Check out the following election-themed case options.

One thing's for sure: if you hit Snuz too many times on election day, Cruz might luz! Remind yourself to set your alarm with this case.

Probably the best way to show support for Donald Trump is to plaster his face over and over and over again in a highly visible location. Trump himself would likely have one word to describe this case: "Beautiful."

This case features the iconic glasses and hair of the Vermont senator. Show your progressive spirit with this Bernie Sanders iPhone case.

Is the 2016 election feeling a little Hunger Games-y to you? Tell the world with this dramatic case.

Spread your founding father fever and your love of the Constitution. Kind of ironic to feature a feather pen on one of today's most modern communication devices, don't you think?

Show the world that you haven't about Brady Olson, the Iowa teen who filed to run for president under the now-famous nickname.

And a little something for those of you who just can't let go of the GOP's golden boy, Florida Sen. Marco Rubio.

And, finally, for those Jeb Bush supporters who really, really can't let go.