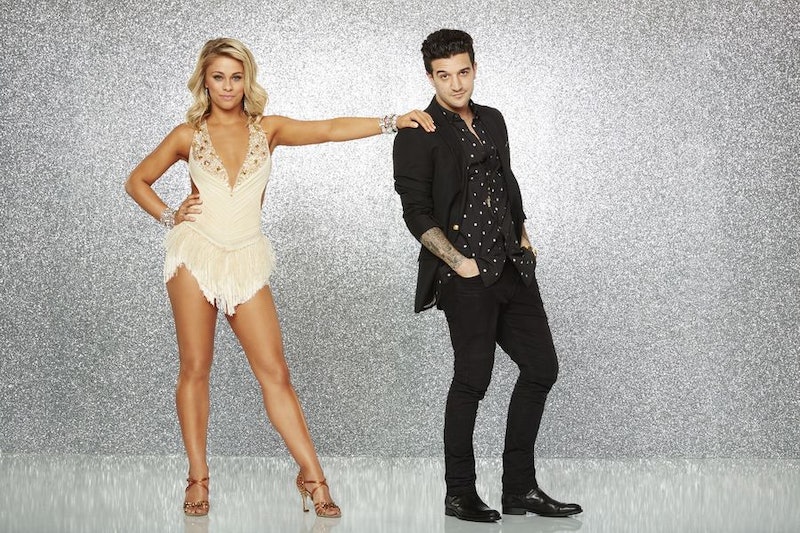 Ah, I just love the new crop of Dancing With The Stars contestants. Every season is a new group of dancers to watch transform or crash and burn (sorry but it’s true). One of the contestants I wasn’t too familiar with prior to the show was UFC fighter Paige VanZant (I’m a lover, not a fighter), but damn, I’m certainly a fan of hers now. Paige showed off all of her different sides on Dancing With The Stars in a matter of minutes, and I loved everything about it.

In the pre-dance interview, Mark (Ballas, Paige’s dance partner) and Paige were getting to know each other and a lot was said about how “aggressive” Paige can be. I mean, she literally fights for a living. This is not hard to believe. Partner dancing (especially the foxtrot, which was what Paige and Mark did for their fast dance) requires a certain level of “softness” in the body, and Paige made it her mission to show that she could do it all. Her dance with Mark was amazing, earning the pair straight sevens (which is great for a first night out), and what struck me was how emotional Paige was after completing the dance. Paige told Erin Andrews that she always gets emotional after fights (and dances, apparently), and she’s looking to Dancing With The Stars to show off that softer, "girlier" side to herself.

Paige is so great — she’s showing Dancing With The Stars viewers that a woman can be tough and strong and feminine and sexy all at the same time. There’s no need to choose just one or two of those options. Paige can dance the foxtrot, but she sure can kick your butt in the ring (you hear that, Mark? You don’t stand a chance). I hope she’s going to be kicking butt all season long on Dancing With The Stars.