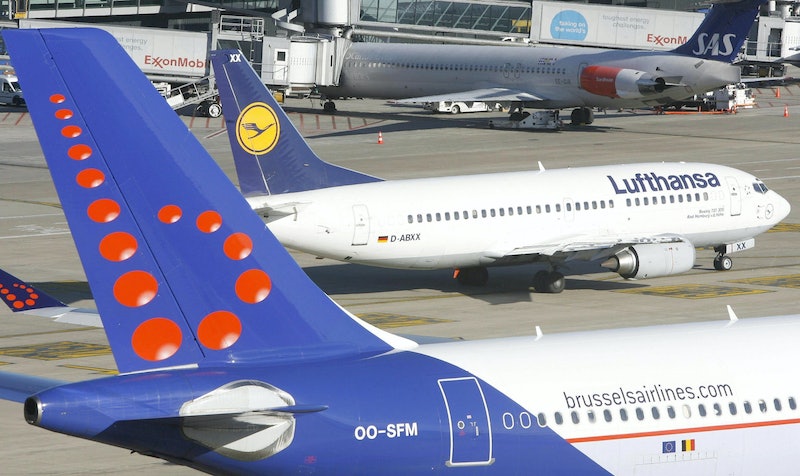 Once again, Belgium is on high alert following explosions at Brussels Airport and a metro station near the European Union headquarters. The city has been the epicenter of the fight against terrorism in Europe since the Paris attacks in November with the latest high profile arrest having happened just last Friday. Tuesday's blasts may turn out to be the latest chapter in the country's fight against homegrown terrorism. Update: A series of coordinated blasts in Belgium, two at the city's key airport and another at a busy subway station, are thought to be terrorist attacks. At least 25 people are believed to have been killed.

Belgian officials have not yet officially called the airport or metro explosions terrorism, but Belgian federal prosecutor Frederic Van Leeuw did tell local broadcasters that the airport blasts were caused by a suicide attack. Before the blasts rang out, shots were fired and someone shouted in Arabic, Belgian news agency Belga reported.

Just after 8 a.m. local time, two blasts went off in the departures hall at the airport creating panic as travelers fled the busy terminal, Reuters reported. As many as 13 were reported killed and up to 35 severely injured. Graphic social media pictures showed bleeding travelers waiting to receive medical attention. Videos and pictures showed shattered glass and a collapsed drop ceiling covering the floor near the American Airlines desk where the attack occurred. Another video shows travelers fleeing the terminal.

Then just two hours later a separate explosion occurred at the Maelbeek metro station, which is just blocks from the European parliament. The Associated Press reported that at least 15 were killed, and another 55 were injured. Footage from the scene shows black smoke billowing out of the entrance. One rider, Alexandre Brans, 32, told the Associated Press, "The metro was leaving Maelbeek station when there was a really loud explosion. It was panic everywhere. There were a lot of people in the metro."

The terrorism saga in the Belgian capital began in late November. The entire city was on lockdown for fear of an imminent attack. Since then the manhunt for the alleged Paris attacker Salah Abdeslam has gripped the city. He was caught on Friday and has been interrogated by police. Just yesterday, police announced that another suspect, Najim Laachraoui, was on the loose — possibly the bomb maker from the Paris attacks.

Abdeslam has been cooperating with the police and, according his lawyer, is "worth his weight in gold" to those investigating the Paris attacks. There is no word on whether Tuesday's attacks are directly related to Abdeslam, but if he did know about them, there could have been pressure to carry them out before the police got more information.

All flights in and out of Brussels have been cancelled. The airport and major train stations are closed. Metro, tram, train, and bus service has also been halted in the capital. People have been asked to remain where they are. Belgian Interior Minister Jan Jambon raised the terror alert to its highest level, indicating the threat of another imminent attack.