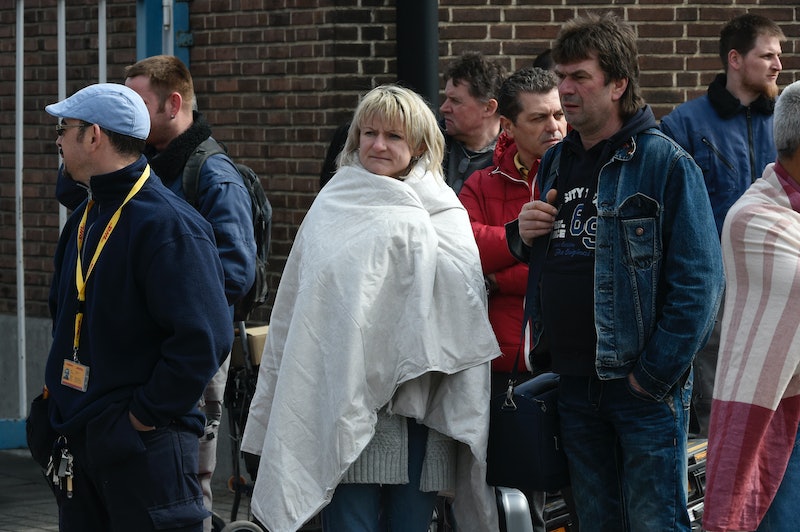 On Tuesday, March 22, Brussels, Belgium, was attacked. The capital city was rocked by at least two explosions: one at the airport, and one in the subway. NPR reports that at least 15 people were killed at the airport, and about a dozen more at in the metro station. As information rolls in Tuesday, people are wondering if ISIS is behind the Brussels attacks. NBC News reports that "the European counterterrorism official has confirmed that the Islamic State is suspected in multiple attacks in Brussels."

After the explosion at the airport, another hit the Maelbeek metro station, which is in the center of the city. Since, all metro stations have been shut down. During a press conference, Belgian Prime Minister Charles Michel asked for togetherness. "We are facing a difficult, challenging time and we should face up to this challenge by being united," he said. "What we feared has happened, we were hit by blind attacks." The threat level is currently at three, and other cities around Europe are on high alert. In the U.S., Washington, D.C. and New York City are also increasing their security measures.

The massacre that occurred in Paris in November, which killed 130 people, was at the hand of ISIS. CNN reports that since ISIS has been coming under more pressure in Syria and Iran, the group might be behind the Brussels attacks.

Last week, prime suspect for the Paris attacks Salah Abdeslam was arrested and taken alive in Brussels. He'd often been referred to as the Most Wanted Man in Europe, and his capture was a "success against terrorism," according to Michel.

Was the Brussels attack a revenge strike from extremist groups to avenge Abdeslam's capture? The Guardian claims that the attacks are so much more than just revenge: they're a demonstration that the extremist group cannot be easily defeated, and will continue to function despite the arrest of Abdeslam.

The cause of the attacks are still unfolding; as of Tuesday morning ET, ISIS has not officially claimed responsibility.