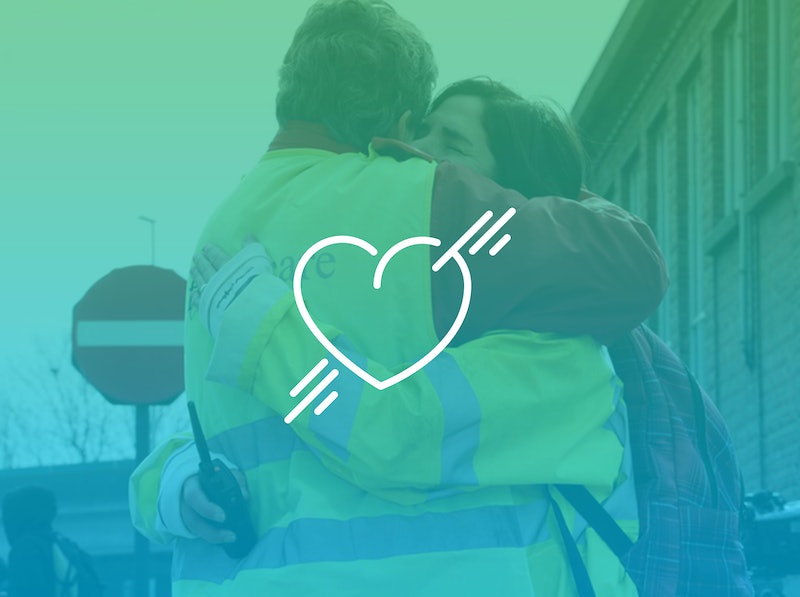 On Tuesday, March 22, Brussels, Belgium came under attack. CNN reports that two explosions — one at the airport and one at a subway station in the city's center — have killed more than 20 people and injured many, many more. So far, no one has claimed responsibility for the attacks; it has been confirmed, however, that the airport attack was a suicide bomber. The city of Brussels remains under high alert, and many European and American cities (including New York and Washington, D.C.) have increased security. As information continues to roll in, so do the powerful Brussels memes, images, and tweets from those looking to show support, solidarity, and love for those affected by the sudden act of terror Tuesday morning.

Sadly, the tributes pouring in are reminiscent of those that circulated in November, after the Paris terror attacks killed 130 people. The City of Lights was rocked by terror at the Bataclan concert hall, on the streets at restaurants and bars, and at the soccer stadium. Just last week, the so-called Most Wanted Man In Europe and the man suspected of responsibility for masterminding the Paris attacks, Salah Abdeslam, was arrested and captured alive. Were the Brussels attacks revenge for his arrest? It remains to be seen, but one thing is clear: extremist groups are still highly functional in Europe.

Here are some of the most moving tributes.

A Message Of Resilience

All Of Europe Hurts

And Maybe One Day, We Won't Need These Tributes

Prayers for no future prayers.