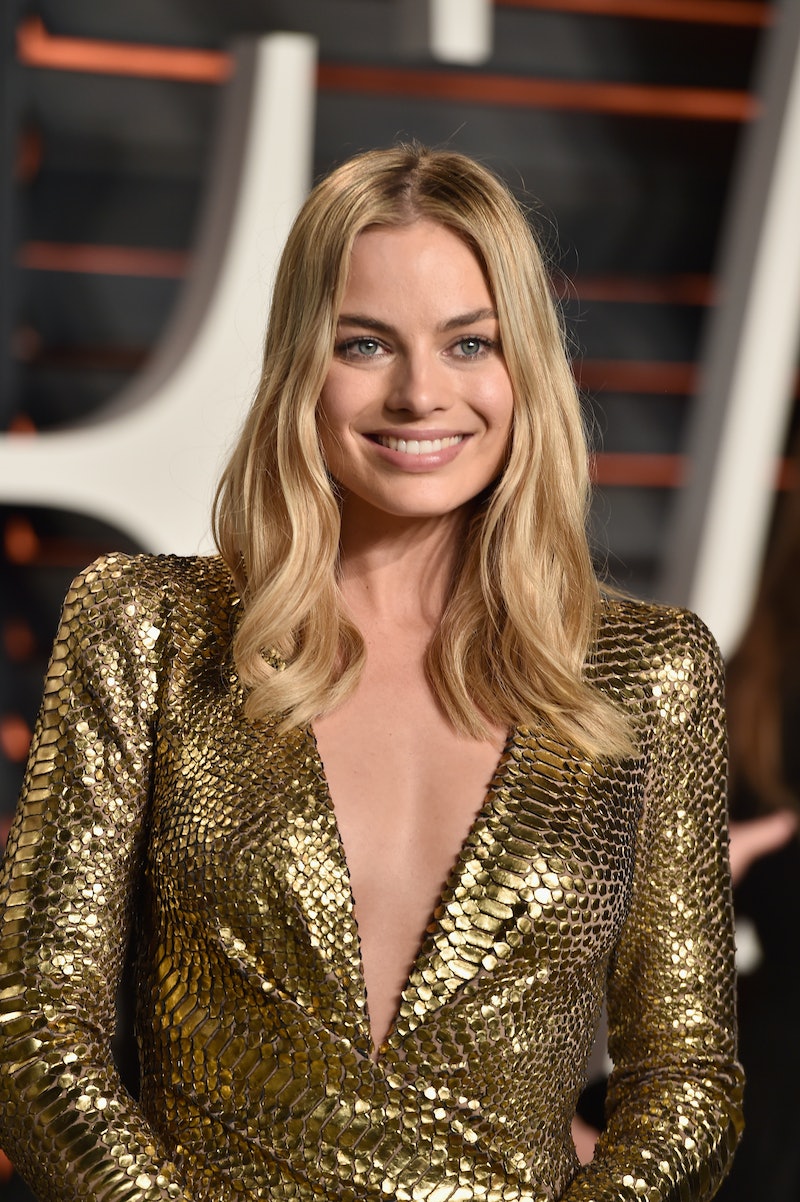 Before the 1994 Winter Olympics, ice skater Nancy Kerrigan was attacked with a collapsible metal baton by an unknown man, leaving her badly bruised, but not completely out of the competition. The world would be stunned when it was soon revealed that Kerrigan's attacker was someone connected to fellow ice skater Tonya Harding, who, at that time, was said to be Kerrigan's greatest competitor. It was a scandal that seemed more like it was made for TV — and it would be many times, from movie of the week releases like Tonya & Nancy: The Inside Story to a slew of documentaries like ESPN's The Price of Gold. Now, Entertainment Weekly has confirmed that Margot Robbie will play Tonya Harding in I, Tonya, a big screen take on one of the most infamous figures in sports, proving, nearly two decades after the attack, that we still can't get enough of one of America's biggest sports scandals.

Looking at the film's title, it seems we'll get to see the story from Harding's perspective, a perspective that was often lost in the absurdity of it all. When Harding first hit the scene, she was the underdog, the hard working competitor who worked her way up to the top despite being the antithesis of an ice princess. Harding grew up without much money in Oregon, something that came up often when she was compared to Kerrigan.

But Harding was a favorite going into the 1994 Winter Olympics after winning the Figure Skating Championships, where Kerrigan was kneecapped a month before the Winter Games. It was hard not to root for the scrappy fighter, who seemed to come out of nowhere to make a name for herself in a sport built on elegance, pedigree, and money. Things no one seemed to think she had, and were quite vocal about, calling Harding "trailer trash" even before the scandal. But those same things America seemed to love about Harding soon became why we vilified her, turning her into the sports world's biggest jokes.

Kerrigan's screams of "Why me?" after getting hit was 1994's most famous meme before memes were even a thing and just endeared her to the American people more. Harding would go on to compete in the Olympics, coming in eighth, while Kerrigan would take home silver. Harding would plead guilty in March 1994 to "conspiring to hinder prosecution in the attack," and, in the end, was banned from the U.S. Figure Skating Association for life, though she still claims she wasn't the mastermind behind the attack.

As ESPN said in a piece published 20 years after the Tonya Harding, Nancy Kerrigan saga: "Even with the benefit of hindsight, it's hard to pick out which part of the tale was most bizarre." This story was one of the first to really unfold in front of the cameras, and the world couldn't stop watching. Everyone watched Harding's career implode in real time with a broken shoelace ending her hopes for the gold and news conferences revealing her part in the attack. That broadcast of Kerrigan and Harding's match-up still ranks as the sixth-highest rated TV show of all time. It was a real-life soap opera that always deserved a big screen version. That why, 22 years later, it's not crazy to hear that it's heading to theaters, but that it took this long.

Our own perceived connection to her is why the world remains so fascinated with Harding's story. In 2015, the Brooklyn couple, Viviana Olen and Matt Harkins, created a Tonya Harding & Nancy Kerrigan 1994 Museum in the hallway of their apartment building dedicated to the events that transpired in that year. "It's such an American story," Olen told NPR about why they wanted to celebrate the scandal. "And it is such a soap opera, like Dynasty on ice." Harkins, who was just a kid when this all happened, also described his connection to the stranger than fiction tale. "I am a Nancy," Harkins said. "But I do sometimes wish I was a Tonya."

Sensationalized though it might be for the big screen, a film that tells Harding's story could give the world a chance to see this scandal from a different angle — one that allows the public to gain a deeper understanding of a controversial figure.