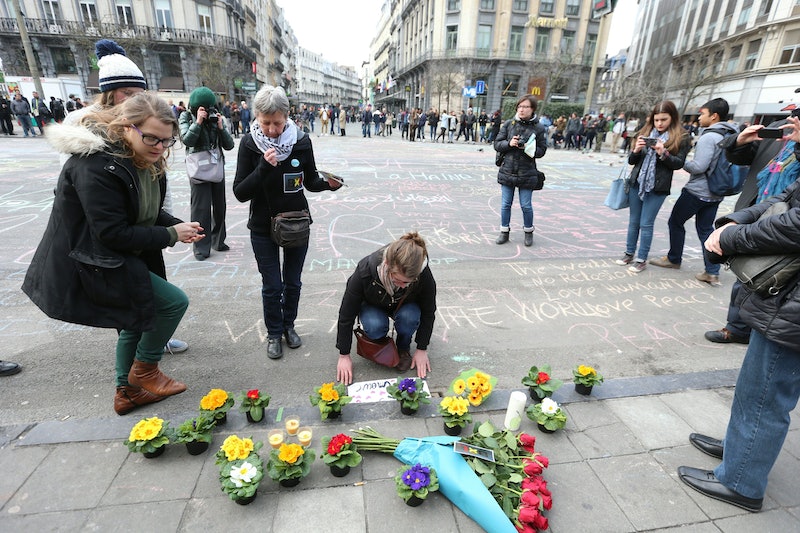 On Tuesday morning, two bomb blasts and more explosions took place in the Brussels Airport and city metro stations, respectively. According to the Belga news agency, Maelbeek and Schuman metro stations were the locations that experienced the attacks, in particular. Between the two locations, the blasts have reportedly killed at least 20 and wounded 106 people (17 of them severely), leaving Brussels in a complete lockdown; all metro stations, city transit (including buses and trams), and Eurostar train journeys have been shut down. Additionally, all flights out of Brussels Airport on Tuesday were cancelled, with planes being diverted from the area in the time being.

With the November Paris attacks in the forefront of most people's memories, the Brussels attacks are horrifically familiar to many of us. The images associated with the events, even more so. With every photo of the destruction and devastation caused by the attacks, though, there are more photos (not to mention the trending hashtags, and the general messages of support that stream through social media) that represent hope in the midst of tragedy. Through the pain and terror, these are images of solidarity. The Brussels attacks, as horrible as they are, brought about the same response from the city's residents, who now stand together.