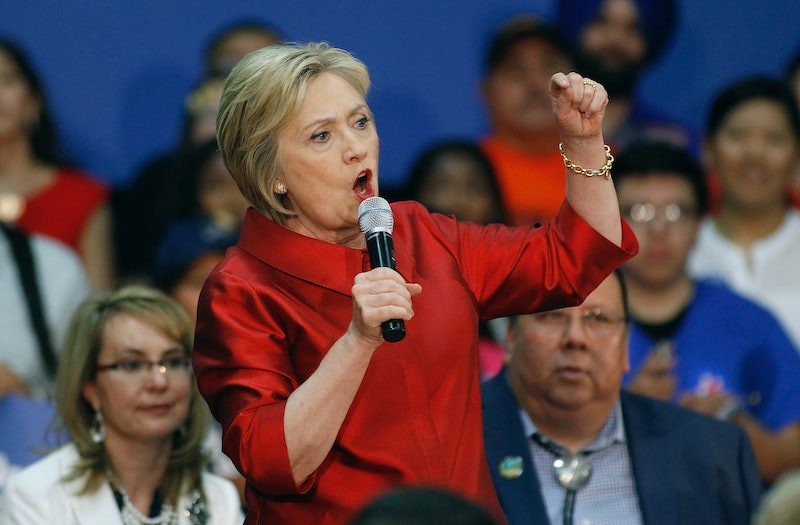 Following the deadly explosions that have shaken Belgium and the whole world, Democratic presidential frontrunner Hillary Clinton responded to the Brussels attacks Tuesday morning. In a statement addressing the attacks at the international airport and a metro station in Brussels, Clinton offered condolences, prayers, and a message of unity in the face of a global tragedy.

Jesse Lehrich, a rapid-response communications official for the Clinton campaign, shared the statement on Twitter. It read:

Terrorists have once again struck at the heart of Europe, but their campaign of hate and fear will not succeed. The people of Brussels, of Europe, and of the world will not be intimidated by these vicious killers. Today Americans stand in solidarity with our European allies. Our thoughts and prayers are with the families of those killed and wounded, and all the people of Belgium. These terrorists seek to undermine the democratic values that are the foundation of our alliance and our way of life, but they will never succeed. Today’s attacks will only strengthen our resolve to stand together as allies and defeat terrorism and radical jihadism around the world.

Clinton also called in to ABC's Good Morning America to share her reaction to Donald Trump's call for waterboarding in the aftermath of the attacks. She called it "just another one of his claims," adding that she doesn't believe anyone should "resort to torture" because, obviously, "it's wrong and it doesn't work."