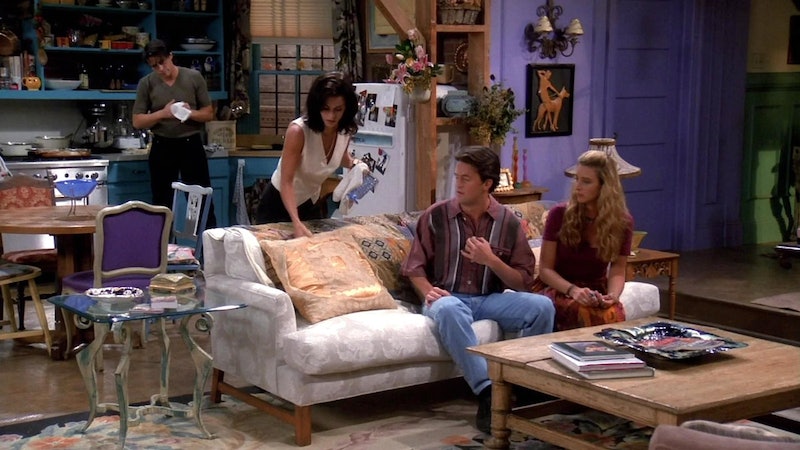 My relationship with my neighbors has always been complicated. When I lived in Boston I lived next door to hip twentysomethings that liked to refer to themselves as "young professionals". What that meant was that they had recently graduated college and were just figuring their lives out. We barely spoke unless it was to try and get me to bring over my two attractive roommates. The people living upstairs from me were also college students, but from what it sounded like they must have majored in tap dancing or were extra's in Stomp The Yard. The night before my finals I couldn't take it anymore and screamed out my window so loudly that they dropped a plate over the balcony banister.

Once I moved to Los Angeles I thought I would be free from the drama and could really start a neighborly relationship that I've always wanted. I partially got my wish. The people living on the other side of the building became good friends of mine through time. I watch their dog when they are out of town and I used to get access to lots of movie screeners that were still in theaters. I also happen to live in the same building as a video producer so I get to see Internet celebrities from their offices on my way to work sometimes. But while both of those apartments bring me nothing but joy, my upstairs neighbors and the people living next door are a whole other story.

My upstairs neighbor has recently gotten into a serious relationship. How do I know that? I've heard them going at it more times than I've driven my car last month. The people living next door: if they are not shouting at each other over lotto ticket purchases, they are calling the cops my other neighbor's kids playing in the pool. Basically, I'm stuck between a rock and a hard place (my upstairs neighbor clearly being the latter). So I decided to create a list of ways you can be a better neighbor. I hope that the tips you read here make your relationships with your neighbors better.

Don't just rely on passing nods to cement a relationship in your building/neighborhood. Go out of your way to get to know the people you live with. It will be better when issues arise because you will have ground to talk things over. If you live in a large apartment complex there is no need to know everyone, but get to know your floor, at least.

Say Hello Every Once In A While

After the initial intro, do not be afraid to say hello at random times when you pass each other in the stairwell or on the way to work.

Be Courteous About Noise Levels Late At Night

Unlike my neighbor who takes pleasure in letting the world world hear that he's having a good ole time, you can be different. Be conscious of what day of the week you are making noise and how loud you are being. Obviously don't abandon all fun after 6 p.m., but be courteous.

Get A Sense For Their Schedules

By knowing your neighbor's schedule you can predict when you can do a lot of things around the house. Vacuuming, practicing an instrument — you name it. If your neighbor is at work, no harm, no foul, but if they've got a newborn napping during the day, you might want to think twice.

Let Them Know About Parties

If you plan on having guests over and it might get loud I suggest you let your neighbors know. Leave your contact information and tell them to call or text you if it gets too much. That way, they won't call the cops right away and you can avoid pissing them off.

Practice Your Instrument At A Reasonable Hour

There is never a reason to play drums inside of your house at midnight. I'm talking to you, man in apartment 5J.

Don't blast The Violent Femmes when someone's kids are trying to fall asleep. Turn the radio off and only then open your car doors.

Bring Over Treats Every Once In A While

It's sweet and makes sure they know you are thinking about them. The holidays can be tough for some, so a small gesture like that will go a long way.

Throw out your trash. Don't block parking spots with your bins if you can help it, and if you live in a windy area, make sure it hasn't drifted into someone else's zone.

Keep Pets Off Their Grass (And Collect All The Poop!)

Just because you have a dog/cat doesn't mean your neighbor has to. One of my friends has a neighbor that feeds all the neighborhood strays, but because they are cats, they often wander into other people's yards. Primarily — my friend's yard. One cat actually passed away on his porch. Soooo, don't do that.

By helping a neighbor out you not only get a pet for the weekend, but a new friend. Win, win.

If you throw out your back next year, they will remember your helpful act and do the same for you.

Help Fix Things You Know About

We all struggle with money. If you know how to fix something (and I mean really know), then offer to help.

Never be locked out of the house again. Find a neighbor you really trust, and exchange keys for emergencies.

Whatever you do, do not leave passive aggressive notes no matter how angry you might be at someone. It's such a sad move when you can have an adult conversation that might even help resolve the situation. Face to face is always better.