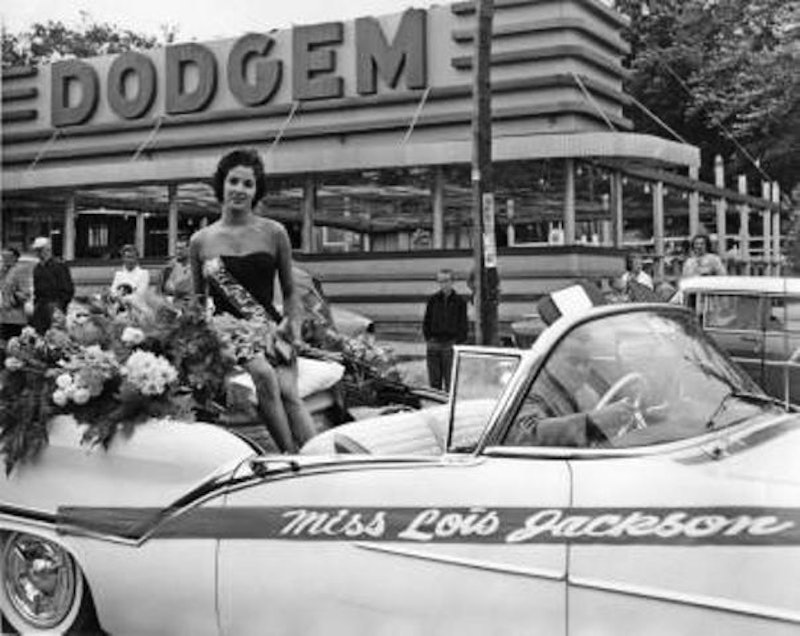 In middle school, when I was a scrawny girl with big thighs and a bigger butt, I was buoyed through three years of not being asked to dance by the phrase, "Real women have curves." Did I really have curves? No, I was diminutive and 12, but the saying felt like a big Eff You to all the popular girls with their perfectly straight hair and perfectly straight bodies. And I liked it. It made me feel special and powerful and not worthless, and it pitted me against the perfectly straight popular girls, and I came out on top. But the "real woman" trope is damaging — that's something I learned years later, when I realized that if there's one thing the patriarchy loves more than adding another bullet point to the requirements for being a "real woman," it's trying to create an environment of hostile competition among humans who identify as women.

Ellyn Touchette, a spoken word poet who has written about everything from Queen Amidala being a badass to hypothetical conversations with Gene Hackman, recently tackled the insanity of "real women" myths in her piece, "The Real Woman." It begins as a parody on Discovery Channel wildlife specials, and it delightfully evolves from there. As Touchette's poem illustrates, the whole "real woman" trope is more than just annoying — it's detrimental to pretty much everyone. No one wins in this situation. No one comes out on top. Let's put this trope to bed, shall we? Please? I'm so, so, so tired of it.

Here's why. Scroll down to watch the full video.

The line between "real woman" and "female shark" is intentionally blurred in Touchette's piece, and it illustrates perfectly what happens when we're relegated to a series of checkboxes, as opposed to a whole, amazing, wonderful person.

Except... no. There is no "real woman." If you identify as a woman, you are one. End of story.

3. It Pits Women Against One Another

No human who identifies as a woman wants to be told that her personhood, her very existence, is illegitimate. When I was younger, for example, I put the blame on girls who society deemed more acceptable than me, without realizing that they weren't the enemy. They weren't responsible for the creation of a cultural cookie cutter that nobody ever quiiiiiite fits into, no matter how hard they try.

The list of things a "real woman" does is endless. She is domestic, but she she has a "real" job; she wants children, and once she has them, she dedicates her life to them, but also isn't "just" a stay-at-home mom; she is thin, but not too thin; she wears makeup, but not too much makeup; she is classy but sexy, and covered up but not too covered up; she is naturally hairless; she feminine, but not too girly — and on and on and on. But no matter what we do, we better have a smile on our face while we do it.

5. It Reinforces The Gender Binary

If a person says they are a woman, then they are a woman. I honestly wish you would explain to me how that directly affects you, or threatens you, or causes you harm in any way. No, really. Please. I'm listening. Because that viewpoint just doesn't make sense to me.