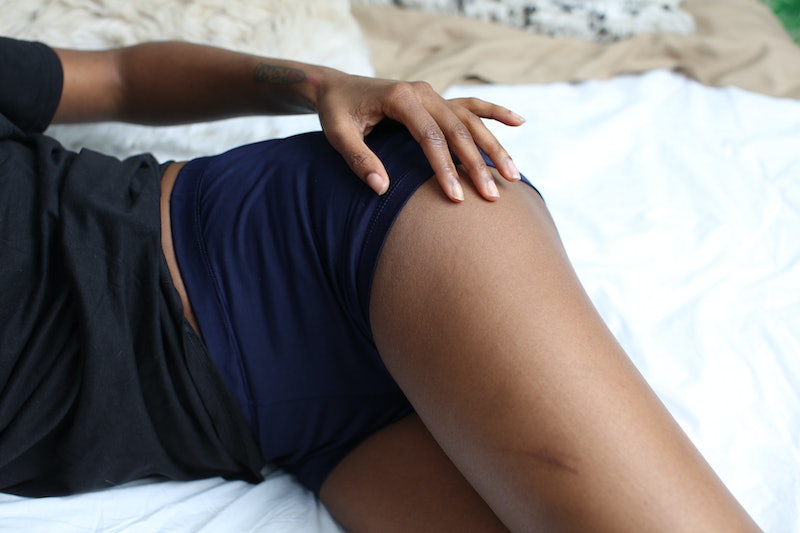 One of the quickest ways to frustrate me is to disparage women's sex drives. My female friends are a libidinous bunch, with sex drives to rival those of male friends and, not infrequently, their own boyfriends or husbands or crushes. And I've frustrated several past partners by wanting to have sex more often than they did. I'm not trying to stage a competition here, but the perennial stereotype that women lust less does harm to both women and men in relationships.

One of the supposed cornerstones of masculinity is the desire to have sex with all the women, or at least with one woman all the time. Anything short of constant desire can be construed as suspicious. Meanwhile femininity is often mixed up in withholding, of not pursuing but being pursued. Variations on this cultural script can cause a mess.

It seems to touch on some pretty deep-seated insecurities in both sexes when women want sex more often than their male partners do. "There are only so many times even the most brazen among us are going to get rejected before icily retreating into non-initiation mode forever," writes Siobhan Rosen at GQ.

I've personally found it hard not to take it personally when someone wants me less often than I want them. What's wrong? Have I become boring? Hideous? Do I have some sort of freakishly unreasonable sexual demands? My partners have seemed to take it no less personally, as have those of female friends I've talked to. It's a whole messy jumble of projecting and hurt feelings all around.

But it shouldn't be. Women having higher sex drives isn't at all uncommon. According to (who else?) Cosmopolitan, sex therapists say that in couples who come to them with sex troubles, it's the man who has a lower sex drive 30 to 40 percent of the time.

Sexual psychologist Justin Lehmiller says couples experiencing "sexual desire discrepancy" should consider whether libidos always been mismatched or something changed recently. Could it be a sign of other health issues? Is it psychological? Is it just a matter of being more open? Sometimes the conversations might be awkward, but nothing will get any better if you don't at least try to talk about it.

And if you talk about it and it does come down to fundamentally mismatched sex drives or desires, then you have to answer hard questions about how much these things matter to you in relationships. For women—for me—the impulse can be to dismiss sex concerns as less important than other types of relationship concerns. There's the voice of a thousand self-help columnists in your heard, telling you that you're being too picky, that lust is fleeting and love is forever, or some other bullshit like that. But it's not actually absurdly demanding to want to feel sexually and otherwise fulfilled in a relationship. Men feel perfectly entitled to complain about girlfriends and wives not wanting to have enough sex. I think it's time women at least start admitting when they have similar concerns.

More like this
TikTok's "Triangle Method" Technique Is The Key To Better Flirting
By Carolyn Steber
12 Active Date Ideas That'll Get You & Your Boo Outside
By Lexi Inks
31 Ways To Celebrate Valentine's Day With Your Long-Distance Love
By Natalia Lusinski and Carolyn Steber
50 Valentine’s Day Instagram Captions To Post If You’re Single
By Jessica Booth, Lexi Inks and Carolyn Steber
Get Even More From Bustle — Sign Up For The Newsletter
From hair trends to relationship advice, our daily newsletter has everything you need to sound like a person who’s on TikTok, even if you aren’t.