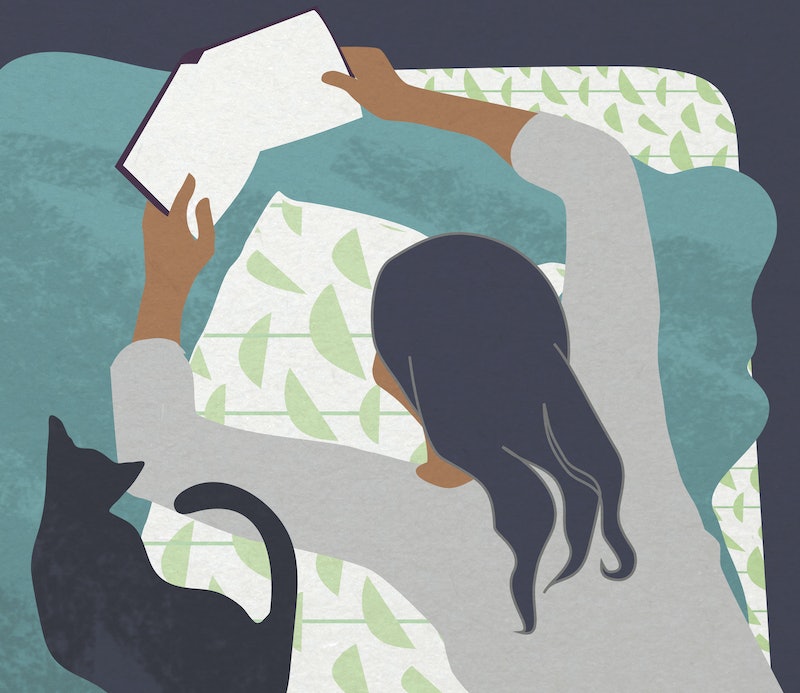 It ain’t easy being a woman today, and it sure isn’t easy being a woman of color, especially when a great deal of what some calls feminism tends to neglect women of color and other marginalized communities. But, happily, feminism, like everything, is constantly evolving and growing and improving. And thanks to many powerful voices, feminism is becoming far more inclusive and intersectional than it has ever been before.

Living as a woman of color in the world might not always be easy, but it’s also powerful and beautiful and inspiring to be part of a group of women who have fought against all odds for freedom, recognition, and the right to be their own beautiful, powerful selves. From Audre Lorde to Maya Angelou to Gloria Anzaldua to Louise Erdrich… feminist writers of color make up a pretty dope club, and their brilliant words of wisdom are a great place to turn to when you need a little inspiration to keep up the fight yourself.

1. “You may not control all the events that happen to you, but you can decide not to be reduced by them.”

― Maya Angelou, Letter to My Daughter

Don’t you love the word “reduced” here? Not “scarred” or “hurt” or “saddened." Though you may feel all those emotions when something hits you hard, you don’t have to be made less by the bad things that come your way.

2. “Now that I knew fear, I also knew it was not permanent. As powerful as it was, its grip on me would loosen. It would pass.”

― Louise Erdrich, The Round House

“Fearless” gets thrown around a lot as a word to describe courageous or strong women, but the way Louise Erdrich puts it here seems more genuine. It’s more about conquering fear after it arrives, about not being afraid of fear.

3. “...which causes me to wonder, my own purpose on so many days as humble as the spider's, what is beautiful that I make? What is elegant? What feeds the world?”

4. “Caring for myself is not self-indulgence, it is self-preservation, and that is an act of political warfare.”

― Audre Lorde, A Burst of Light

THIS! So crucial. Self-care is no joke. It doesn’t make you soft or weak; it’s necessary, and in fact “an act of political warfare.”

5. “I am not free while any woman is unfree, even when her shackles are very different from my own.”

6. “I am a feminist, and what that means to me is much the same as the meaning of the fact that I am Black; it means that I must undertake to love myself and to respect myself as though my very life depends upon self-love and self-respect.”

In addition to self-care… self-love, self-respect. Do it.

7. “The struggle is inner: Chicano, indio, American Indian, mojado, mexicano, immigrant Latino, Anglo in power, working class Anglo, Black, Asian--our psyches resemble the bordertowns and are populated by the same people. The struggle has always been inner, and is played out in outer terrains. Awareness of our situation must come before inner changes, which in turn come before changes in society. Nothing happens in the "real" world unless it first happens in the images in our heads.”

From veteran feministas to newbies just starting to toe the waters of feminism, nothing happens until you can imagine it first.

8. “Dreams and reality are opposites. Action synthesizes them.”

And then after you’ve imagined it, after you’ve had the dream of what the world can look like, it’s time to take action.

9. “There's really no such thing as the 'voiceless'. There are only the deliberately silenced, or the preferably unheard.”

This line was given while Roy was accepting the Sydney Peace Prize. She rejected the notion that she was representing the voiceless, instead making sure it was understood that the supposed “voiceless” are actually the “unheard” or the “silenced.”

Period. End of story. Tattoo it over your heart and swear by it every day. Paint it on your mirror and kiss it every morning. Just...know it.

11. “There are opportunities even in the most difficult moments.”

Wangari Maathai, in case you didn’t know, was so boss. She fought for environmental justice, human rights, and ending poverty. She has more titles, awards, and honorary degrees than you can count, some of them she was the first to achieve as a Kenyan woman, and each of them was earned through her tireless work to make the world better. So, you know, just listen to her.

12. “Finally I was able to see that if I had a contribution I wanted to make, I must do it, despite what others said. That I was OK the way I was. That it was all right to be strong.”

13. “Laughter isn't even the other side of tears. It is tears turned inside out. Truly the suffering is great, here on earth. We blunder along, shredded by our mistakes, bludgeoned by our faults. Not having a clue where the dark path leads us. But on the whole, we stumble along bravely, don't you think?”

― Alice Walker, By The Light Of My Father’s Smile

These are definitely the words you need when you hear about one more hateful, violent tragedy. Suffering is real and rampant and so tragically human, but it’s also so human and so remarkable that we bear this suffering as we do.

14. “Create dangerously, for people who read dangerously. ... Writing, knowing in part that no matter how trivial your words may seem, someday, somewhere, someone may risk his or her life to read them.”

For all you artists out there wondering if what you’re doing matters...

― Ana Castillo, Give It To Me

Helping others heal and love really is the best way to heal yourself, just ask your favorite teacher.

17. "I do want to create art beyond rage. Rage is a place to begin, but not end. I’m not as wise as my work, but I know if I take the writing deep enough, something larger and greater than myself will flash forth and illuminate me, heal me. I do want to devour my demons—despair, grief, shame, fear—and use them to nourish my art. Otherwise they’ll devour me."

—Sandra Cisneros, “I Can Live Sola and I Love to Work,” A House of My Own

17. “We're all under the same sky and walk the same earth; we're alive together during the same moment.”