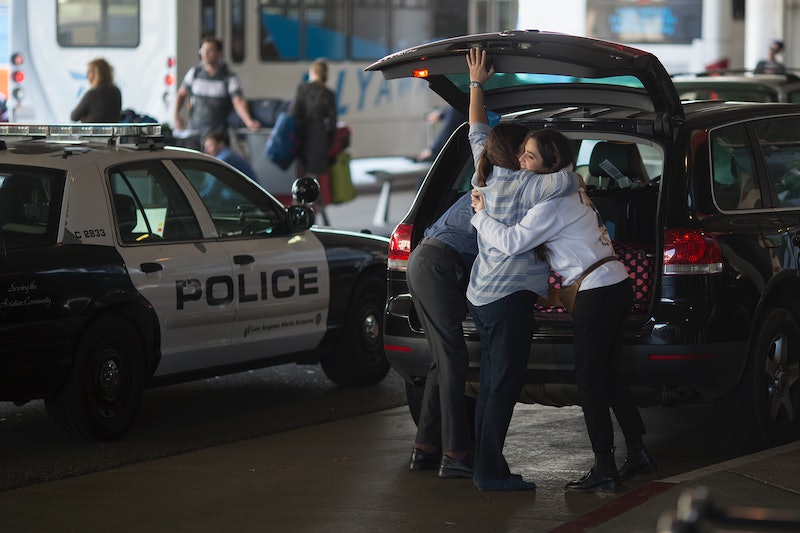 Just days after the search for a key suspect in last year's tragic terrorist attacks in Paris ended, the wound was reopened and the world's heart once again ached for Europe on Tuesday. A series of three bombings rocked Brussels, the capital city of Belgium and an important hub of diplomacy for Europe. It's the second major string of attacks in the region in fewer than five months, which begs the question: Could there be more terrorist attacks in Europe any time soon? Unfortunately, it seems entirely possible that the threat of terrorism won't leave Europe alone just yet.

A recap: Back in November, a series of suicide bombings and mass shootings occurred simultaneously throughout Paris, killing 130 people. ISIS, the extremist terrorist group also known as the Islamic State, claimed responsibility for the attacks. The attacks were carried out by several radicalized Muslims, most of whom died by suicide, either in the attacks or during police raids later. One remaining suspect, Salah Abdeslam, was arrested on Friday in Brussels.

On Tuesday morning, at least 30 people were killed in the coordinated attacks around Brussels. Two explosions occurred at the international airport, while another explosion took place at a metro station in the center of the city. Hundreds of people were injured, and Abdeslam was again suspected of helping to plan the attacks, Politico reported, as ISIS once again claimed responsibility.

Europe, particularly France, has been on high alert since the November attacks in Paris. The threat is closely connected to the ongoing migrant crisis coming from the Middle East, particularly Syria, where ISIS has wreaked havoc. For months, refugees have fled the region for the port cities of southern Europe, trying to make their way to asylum in countries like Germany, France, and Belgium. Shortly after the Paris attacks, it was alleged that some of the assailants had traveled to France via a common refugee route, heightening concerns there and around the world about allowing migrants to enter other countries.

In January, French Prime Minister Manuel Valls raised the concern that the ongoing migrant crisis would cause France to extend the state of emergency that it declared following the attacks in Paris. He also implied that the threat isn't unique to his country. "If Europe is not capable of protecting its own borders, it's the very idea of Europe that will be questioned," he said.

The U.S. State Department, which seeks to warn Americans living and traveling abroad of potential threats, has not issued any warnings specific to France, Belgium, or any other European country. However, the department warns that while "European governments are taking action to guard against terrorist attacks ... all European countries remain potentially vulnerable," in the wake of the extremist terrorist activities carried out by ISIS and Al Qaeda in recent years.

According to CNBC, the risk of terror attacks in Europe remains high thanks to the high number of individuals who have left Europe to train with and fight for ISIS — as many as 38 Belgians per million. Abdeslam himself is a Belgian-born French national who was allegedly recruited, or at the very least inspired, by the Islamic State. Thus, the migrant crisis can't be to blame for the heightened threat of terrorism, but it's certainly contributing to the frenzy and fear that many Europeans probably feel in the wake of the recent attacks.

Brussels is home to the headquarters of both NATO and the European Union, making it an important symbol of European unity. The attacks in the city on Tuesday both physically and symbolically may have shattered that unity as concern over an ongoing threat of terror looms over the continent. Europe has long strived to be stronger as a unified front, but it seems that security risks have reached an all-time-high for recent history.