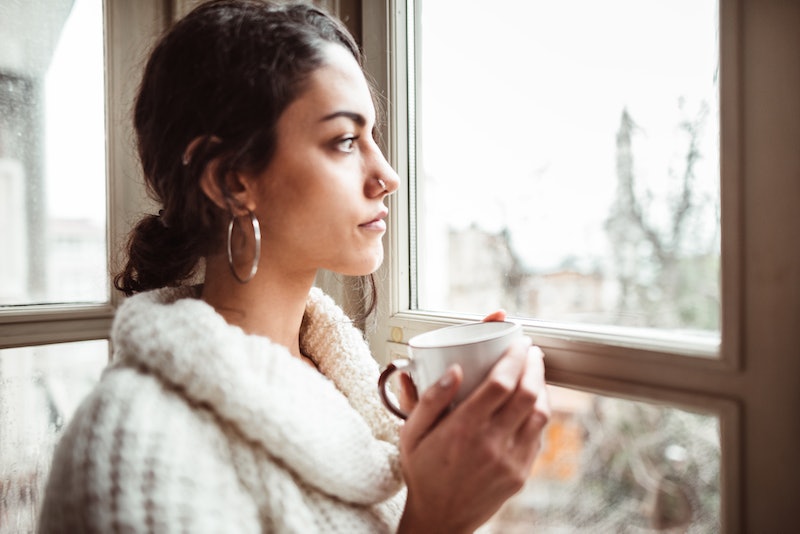 While habits don't often cause depression, they can make it worse. I know, I know: this doesn't seem like the most practical thing to say to anybody with depression. Guilting them about "making life worse for themselves" is basically just adding another spike of self-loathing to the cocktail of negative thinking in their heads. However, it doesn't have to be like that; you can avoid self-damaging behavior out of kindness and self-care, not because you need to avoid "failing" at a mood disorder. (Yes, depressives do worry about how bad they are at being depressed. I should know. It'd be hilarious if it weren't so awful.) Consider this a map: if you're in a depressive episode and seem to be unable to climb out, consider whether any of these habits might be contributing to your depression, and if stopping them would help you get out.

Unfortunately, some of these habits are insanely hard to resist if you're in an acutely depressive period. Sleeping all day, devouring junk food, and not talking to anybody can seem like the only possible ways to remain functional. But it's crucial to remember that these are false friends in your time of need; they may offer temporary solace, but they're actually deepening the hole. Even if you can't kick the habit immediately, let the fact that it's unhealthy slip into your awareness, and seriously reward yourself when you manage to stop doing any of these. It's a massive achievement.

Here are nine things that will likely make your depression worse. Get out into the sunshine for five minutes and try to get some sleep at the right time; I guarantee it'll start to help.

It turns out that saturated fats have a distinct link to worsening mood disorders. A study of rats published in Neuropharmacology back in 2015 found that on a diet filled with these particular fats, rats developed changes in their neural chemistry, in particular a lower response to the mood chemical dopamine. And it's not all about rats: the University of Michigan reports that a study of 12,000 people in Spain found that the more trans fats were in their diets, the more likely they were to experience depression, a full 42 percent more likely than the people who ate barely any.

And it doesn't end there. Sugar, it seems, is a culprit for worsening depression as well. A study published in 2015 of a whopping 70,000 women found that consumption of added sugars was highly associated with depressive symptoms, though the researchers couldn't pinpoint why. It's likely, however, that it's to do with sugar's potential inflammatory qualities and the link between blood sugar balance and mood crashes.

We're all reasonably aware of the destructive capacity of insufficient sleep on mood. (In fact, one of the most defining symptoms of serious depression is the inability to sleep properly at night.) However, people with depression will likely also know about the opposite trap through experience: staying in bed sleeping throughout the entire day, resolutely avoiding the world. The psychological difficulty of self-care is enormous in depressive episodes, and that includes the basics of getting out of bed and getting dressed; but those small steps are crucial, and anything outside of "normal" sleeping patterns needs to be avoided.

Alcohol and depression often have an interesting relationship. However, it's agreed among experts that an over-reliance on alcohol to "diminish symptoms" (i.e. to make yourself feel better in periods of depressive feeling) is not a great idea. It may be a temporary fix, but the eventual consequence will likely be deeper depression. Alcohol isn't just a wash of pleasant chemicals; it also has an impact on our brain chemistry. Psychology Today explains that alcohol actually works as a depressant, interacting with receptors in the brain that work as inhibitors, and that as blood alcohol content lowers after a spike, depressive symptoms start to multiply. Yep, you'll definitely feel worse in the morning.

Seeking haphazardly for "quick fixes" that will make your mood better temporarily, whether it's a shopping spree, a one-night stand, or something else short-term, is likely not going to be the most effective way to deal with depressive symptoms, and will often make them worse. Short-term thinking about pleasure can neglect consequences that could cause deeper depression, like debt, regret, or damage to those awesome boots you love because you climbed over a fence.

5. Staying Away From The Sunlight

Vitamin D = better mood. It's a simple equation, but one you really need to memorize if you're going to get out of a depressive hole. The workings of sunlight on the skin (we synthesize vitamin D from sunlight exposure as well as through diet) are reliably related to boosting mood, with many studies actively backing up the link. If you're not exposed to enough sunlight during the day, it may be a good investment to get a SAD (Seasonal Affective Disorder) lamp, which approximates sunlight for people living in low-sun places to boost their mood.

6. Getting Caught In The Rumination Trap

Rumination is an interesting psychological phenomenon. Ever seen a cow bring up something from its stomach and chew it again and again as cud? That's the same thing; but in psychological terms, rumination is the endless evaluating and replaying of things that have gone wrong, worked badly, or are making your life worse. It can become obsessive and trap-like, and is highly associated with worsening depressive symptoms; the American Psychological Association refers to it as the "depression-rumination cycle," where dwelling compulsively on difficult problems makes depression worse. Rumination tendencies often need to be dealt with by getting help from a professional, but do at least try to catch and notice when you're doing it.

7. Being Around Toxic People

If you're around people who put you down, disrespect your boundaries, cut at your self-worth, and generally cause stress and chaos, you're not going to be in a position to improve your mood. Toxic people can come in many forms, from parents to friends to coworkers, but dealing with them and their associated cocktail of aggression, guilt, self-esteem damage, and frustration is never likely to improve a mood disorder.

A little bit of stress can, as we all know, be energizing; but excess levels, taking it into "chronic" territory, are actually known to be negative influences on mood, and are likely to play havoc with existing depression. Serious stress isn't just about being "on edge;" it also interferes with your neurochemistry, heightening cortisol levels and depressing dopamine and serotonin, both of which are associated with mood elevation. We all have to deal with stress occasionally, but if you're in an excruciatingly stressful job or relationship, try your best to extricate yourself for the sake of your mental health.

People take energy, and when you're in the midst of a depressive episode this can seem like one expenditure too far, particularly if you're convinced that you're worthless and just taking up their time. But isolation is known psychologically for making depression worse; we're social animals, and even a bit of contact with others is necessary to keep us feeling stable and connected. As much as it may be tempting to withdraw entirely from the world, don't; you're risking a further mood-dip.