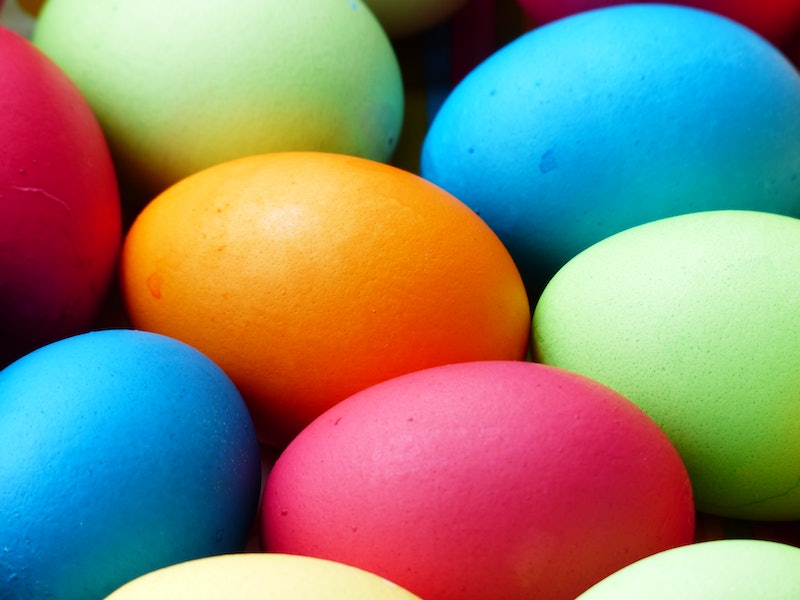 Dyeing Easter eggs was always one of the highlights of springtime when I was a little kid. My family would usually go camping for Easter holiday, and Bunny Force One would bring the equinoctial magic to our circle of campers. But, you might be wondering, why do we decorate Easter eggs? Archaeologists have discovered decorated ostrich eggshells from as many as 60,000 years ago, predating written history, during an era when the Neanderthal still roamed the Earth. The tradition has survived subspecies of humanity — making its way into the practices of Ancient Egyptians, Pagans, and finally, early Christians.

The Christian tradition directly associated with Easter began, as many things have, in Mesopotamia, where early Christians dyed eggs red to evoke the blood of Christ — a tradition that is still embraced in the Eastern and Orthodox Catholic community. The egg itself is regarded by the church as a symbol of the tomb from the resurrection story. The more varied color palette of floral and pastel tones comes from the older Pagan tradition of the goddess Eostre, whose name and ties to hares, eggs, and the beginning of spring were all borrowed for the trappings and customs of Easter that we know today.

Notice the hare on the righthand side of this depiction of the Germanic Ostara (an alternative spelling) from 1884? There are origin stories that describe the goddess transforming a bird into a hare — sometimes out of mercy, sometimes in a fit of anger — which explains how the Easter Bunny came to lay eggs, which is highly unnatural for any rodent.

So, this Easter, no matter what you believe, connect with your earliest ancestors from the Paleolithic era by participating in one of the earliest forms of art in all of humanity and decorate a few eggs.