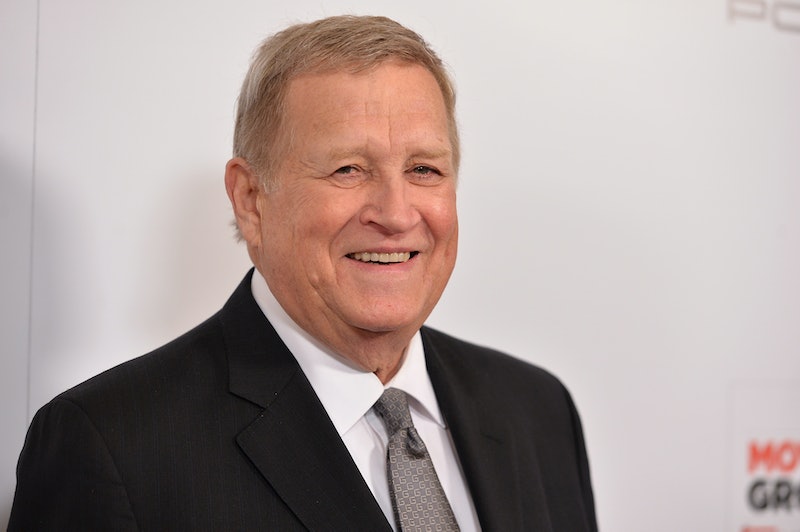 Hollywood just lost another great talent. Actor and SAG-AFTRA President Ken Howard died at 71, in his home near Los Angeles, the union (via Deadline) announced Wednesday. In addition to becoming the sole leader of SAG-AFTRA in 2013 (and getting reelected in 2015), Howard was part of the entertainment industry for over 45 years. There's no doubt he made his mark on both the small and big screen.

Howard took part in an eclectic group of TV series and films, including Dynasty, The White Shadow, The Golden Girls, Murder, She Wrote, 30 Rock, and Joy. He even took home an Emmy in 2009 for Outstanding Supporting Actor in a Miniseries or a Movie for his part as Phelan Beale in Grey Gardens.

He surely had an accomplished and impressive resume, but the one role of Howard's I will never forget is his guest spot on NBC's The Office. Do you remember the Season 2 episode titled "The Carpet," in which someone leaves an unfortunate pile of you-know-what on Michael Scott's office carpet? Not only did Michael freak out and cause havoc at Dunder Mifflin (shocking, I know), but he also reached out to his old boss, Ed Truck, for advice. Enter Howard as Ed Truck, who told Michael he will never be his employees' friends to, of course, Michael's disappointment.

Ed Truck's name comes up again (but Howard did not make an appearance) in the Season 3 episode "Grief Counseling" when Michael learns that his old boss died after getting decapitated during a motor accident.

As I'm sure fans of The Office remember, Michael went to extremes (jus check out the video below) and even held a funeral for a bird. Granted, Ed Truck's death made Michael think about his own life, but he definitely reacted in true Michael Scott style.

Even though Howard only appeared in one episode, his presence was huge and one I will never forget. I'm sure The Office cast and many of my fellow fans out there will forever remember Howard as Ed.

More like this
Martin Hancock’s Wife Played A Key Part In His Return To 'Coronation Street'
By Catharina Cheung
Paapa Essiedu Likes To Keep His Relationship Pretty Private
By Maxine Harrison
Vanessa Hudgens Proves She's Always A Wildcat At This 'High School Musical' Location
By Alyssa Lapid
Who Is 'Stranger Things 4' Fan-Favorite Joseph Quinn Dating IRL?
By Grace Wehniainen
Get Even More From Bustle — Sign Up For The Newsletter