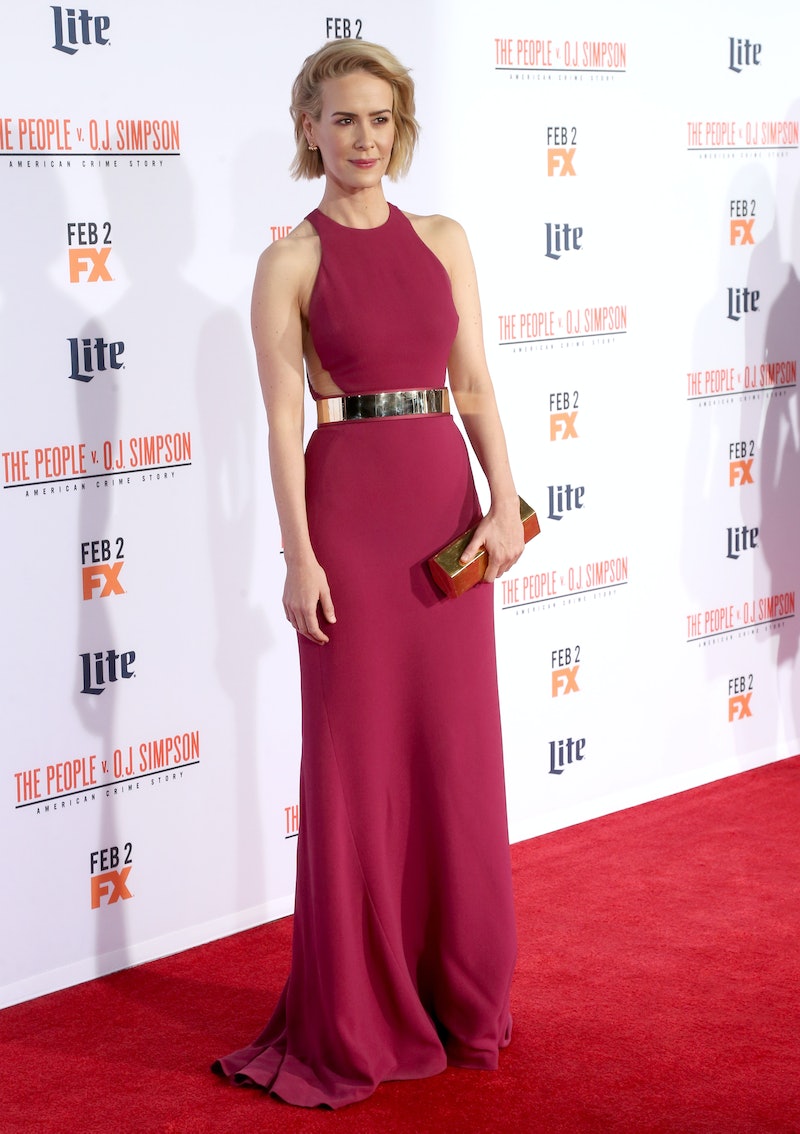 Prosecutor Marcia Clark originally skyrocketed to notoriety while working on the O.J. Simpson trial, and her story is getting a second life through the new FX miniseries The People v. O.J. Simpson. Though Clark still finds the show painful to watch, she had previously flat-out assumed that she would be unable to tune in at all. The memory of the trial and her consequential failure to indict Simpson on his murder charges ended up being one of the largest regrets of her personal life and professional career, she's noted. But now, in a new interview with Larry King, Clark has changed her mind about the show thanks to the actress Sarah Paulson, who portrays the former prosecutor in an authentic, raw way.

Clark tells Larry King in an upcoming interview on his program Larry King Now that Paulson makes her feel like the actress truly understands what she went through. The pain translated on the screen originally came from the prosecutor herself, and its this mutual understanding that has made Clark want to watch the program week after week.

The former prosecutor calls herself "a fangirl" of Paulson's, and says that "there's nothing she does that isn't brilliant. And so of course I knew this would be too, and it is." She goes on to tell King, "[Her performance] is nuanced and emphatic. She's amazing, I don't have enough words."

Yet simultaneously, it's this very same, riveting performance that is so hard for Clark to watch. She says:

It's very difficult to watch someone be you... especially in the context of this trial. So I know she's getting it right, I know she's really doing it. But because she does it so well, I'm re-experiencing all of the pain. I'm watching her experience what I experienced. She shows you what I was feeling like on the inside. And that's something I always wanted to remain hidden.

Aside from her groundbreaking performance, it probably also didn't hurt that Clark had "the most fun" time with Paulson while going out for dinner and drinks (tequila, to be exact). The two met up to discuss Paulson's work on the show, and though Clark was originally a little nervous to get together with one of her favorite actresses, she told King that the two hit it off and "never stopped laughing."

Needless to say, fans of The People v. O.J. Simpson have Paulson to thank not only for an amazing performance, but getting one of the biggest key players of the case on board with the entire miniseries itself.

More like this
Where Is Oscar Torres In 'Only Murders In The Building' Season 2?
By El Hunt
Yinka Bokinni Recalls Terrifying Truth At Heart Of 'How To Hire A Hitman'
By Frances Stewart
'Sherwood’s Filming Locations Hold Deeper Meaning
By Rachel Mantock
John Mulaney & Olivia Munn's Relationship Timeline Features The Comedian's First Father's Day
By Jordyn Tilchen
Get Even More From Bustle — Sign Up For The Newsletter